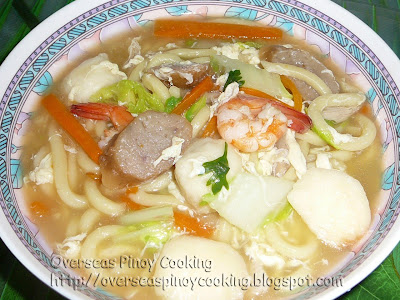 Lomi Special, some readers were requesting the recipe of lomi, in fact I do have already a recipe for lomi but that was cooked using instant lomi noodles. Click here to see that post. Today I would like to share my special version of lomi, beside the usual lomi ingredients I also used kikiam and squid balls and some hoisin sauce. 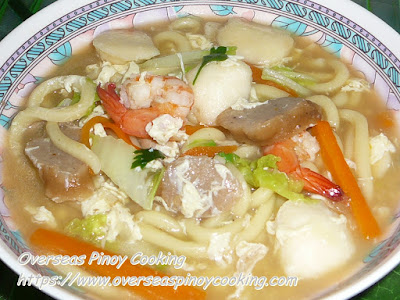 For the noodles I use those fresh yellow noodles that are sold at most Metro Manila supermarket, It is actually the same kind that are sold on most wet markets. 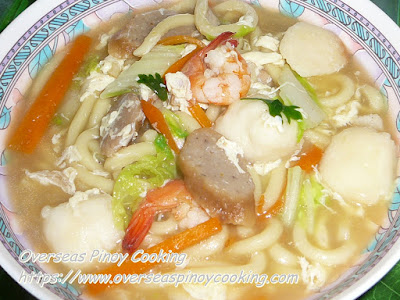 To reduce the lye water after taste I recommend that fresh yellow noodles be parboiled for a minute or two first and rinse thoroughly. Lye is widely used to make “kunat” or springiness in noodles. Here is the recipe. 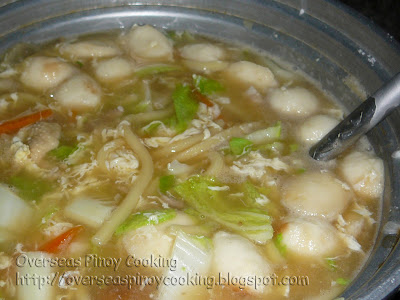 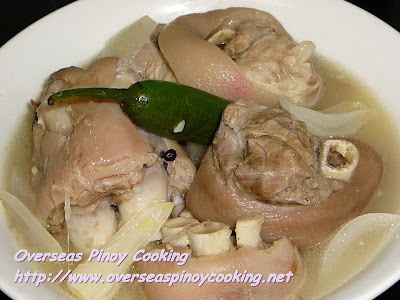