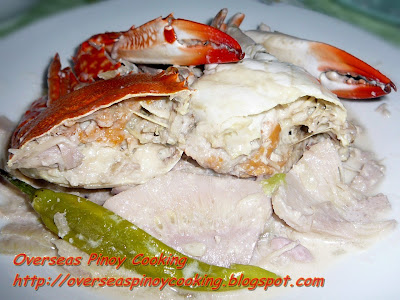 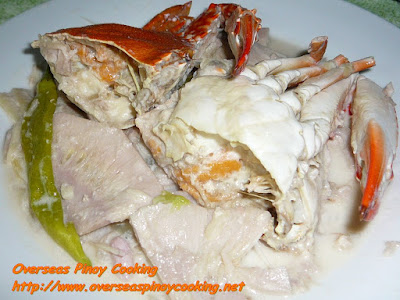 Cooking is almost similar to my ginataang crab or guinataang shrimp with vegetables dishes. I usually steam cook my crabs before cooking them with coconut milk this way I won't overcook the vegetables. 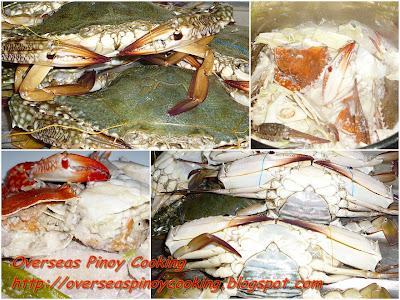 Remove belly flap of each crab wash and drain. Steam crabs for 10-15 minutes, cut crabs in half set aside. In a large pot sauté garlic, ginger and onion until fragrant. Add half of the pure coconut milk and 1/2 cup of water bring it to a boil. Add in jack fruit and simmer for 3-5 minutes or until the liquid is reduced by half, stirring occasionally. Add in the remaining coconut milk, crabs, bird’s eye chili and green chili, season with salt to taste. Cover the pot and cook for another 5-10 minutes. Serve hot.