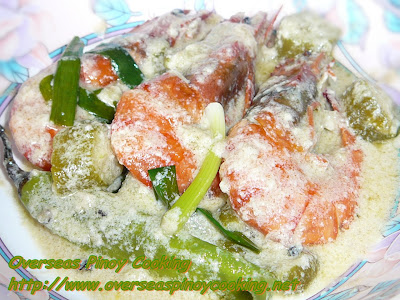 Ginataang Sugpo at Kamias is my version of prawns cooked in coconut milk with ginger lily or kamias. The combination of creamy coconut milk soured with the kamias was perfect for the prawns. I used medium to large size prawns for the recipe but shrimps or smaller size of prawns may be used. 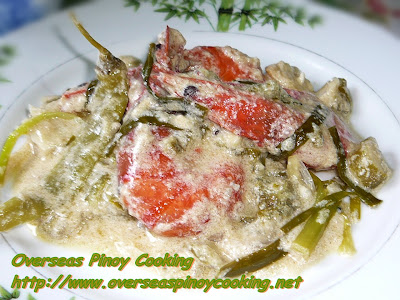 If you like it hot you may use red hot chili, but for this recipe I just used the regular long green chili usually used for sinigang dishes. On my other recipe of ginataang seafoods I normally pre-steam the shell seafood but for this recipe I cooked the prawns with the coconut milk. Here is the recipe of my Ginataang Sugpo at Kamias. 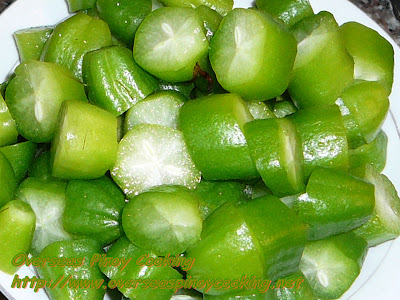 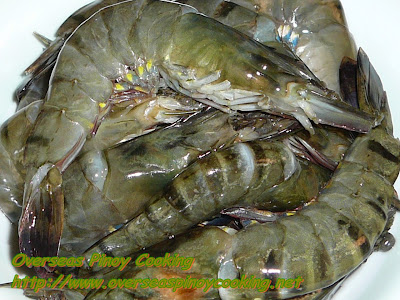 In a sauce pan sauté garlic, ginger and onion until fragrant. Add in 2 cups of the coconut milk and 1/4 cup of water bring to a boil and simmer, stirring constantly to avoid curdling for 8 to 10 minutes or until about half of the liquid has evaporated. Add in the prawns and kamias, continue to simmer for about 3 to 5 minutes or until the prawns turn to red orange in color. Add in the remaining coconut milk, crushed peppercorns and green chili, and simmer for another 3 to 5 minutes. Season with salt to taste. Add in the spring onion and cook for another minute. Serve with hot rice.
See other Ginataang Crabs and Prawns recipes: