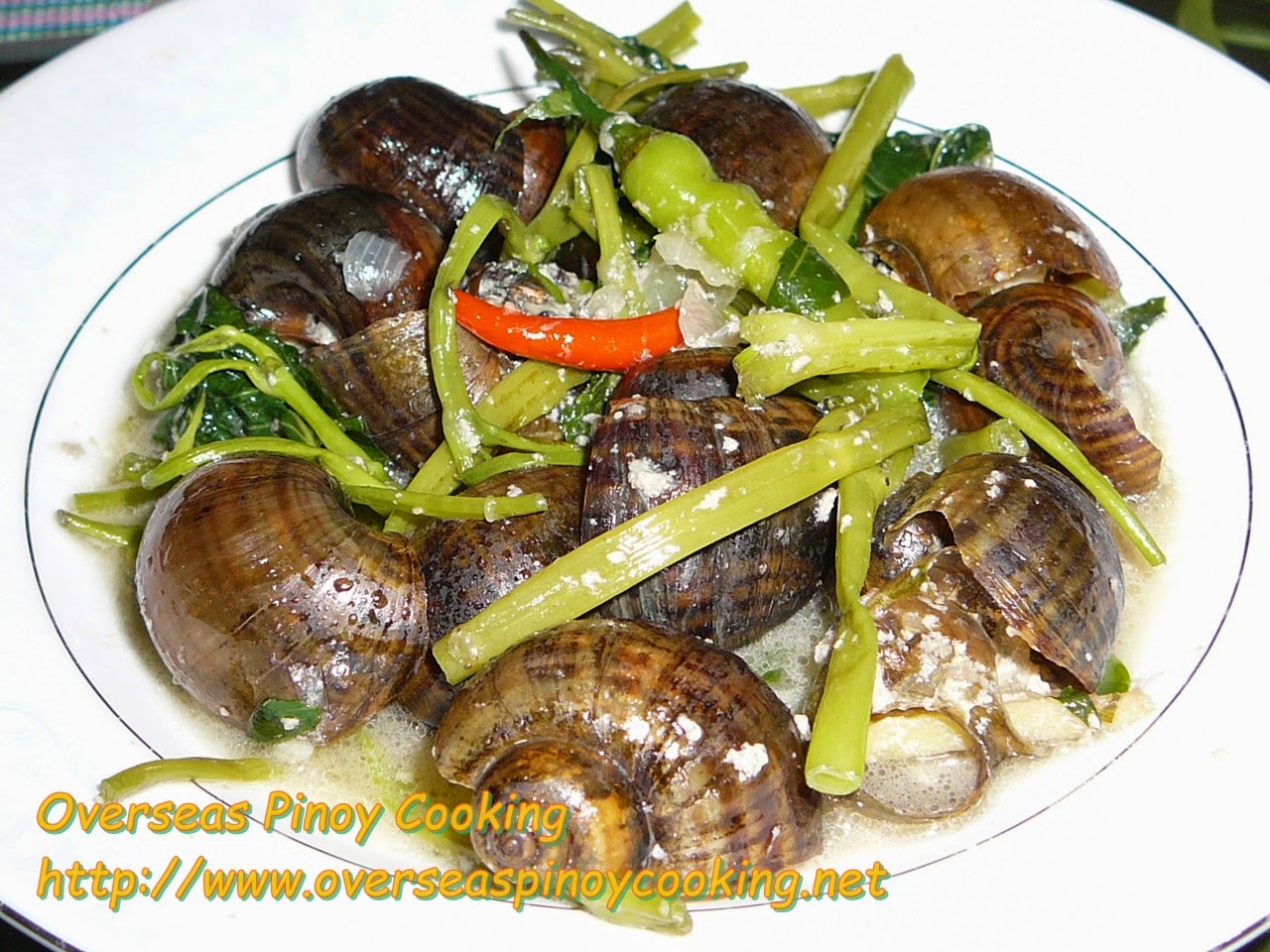 Ginataang Kuhol with Kangkong. I usually buy kuhol from South Supermarket at Filinvest Alabang whenever I am craving for Ginataang Kuhol, one thing for sure the kuhol sold at this supermarket are clean compared to the ones sold at wet markets. The snails are continuously soaked with fresh water and the snails would have expelled most of their excrement and spit out most of the dirt and grimes trapped on their shells. However to really make sure that the snails are clean I still have them soaked with water most of the day before cooking them for dinner. 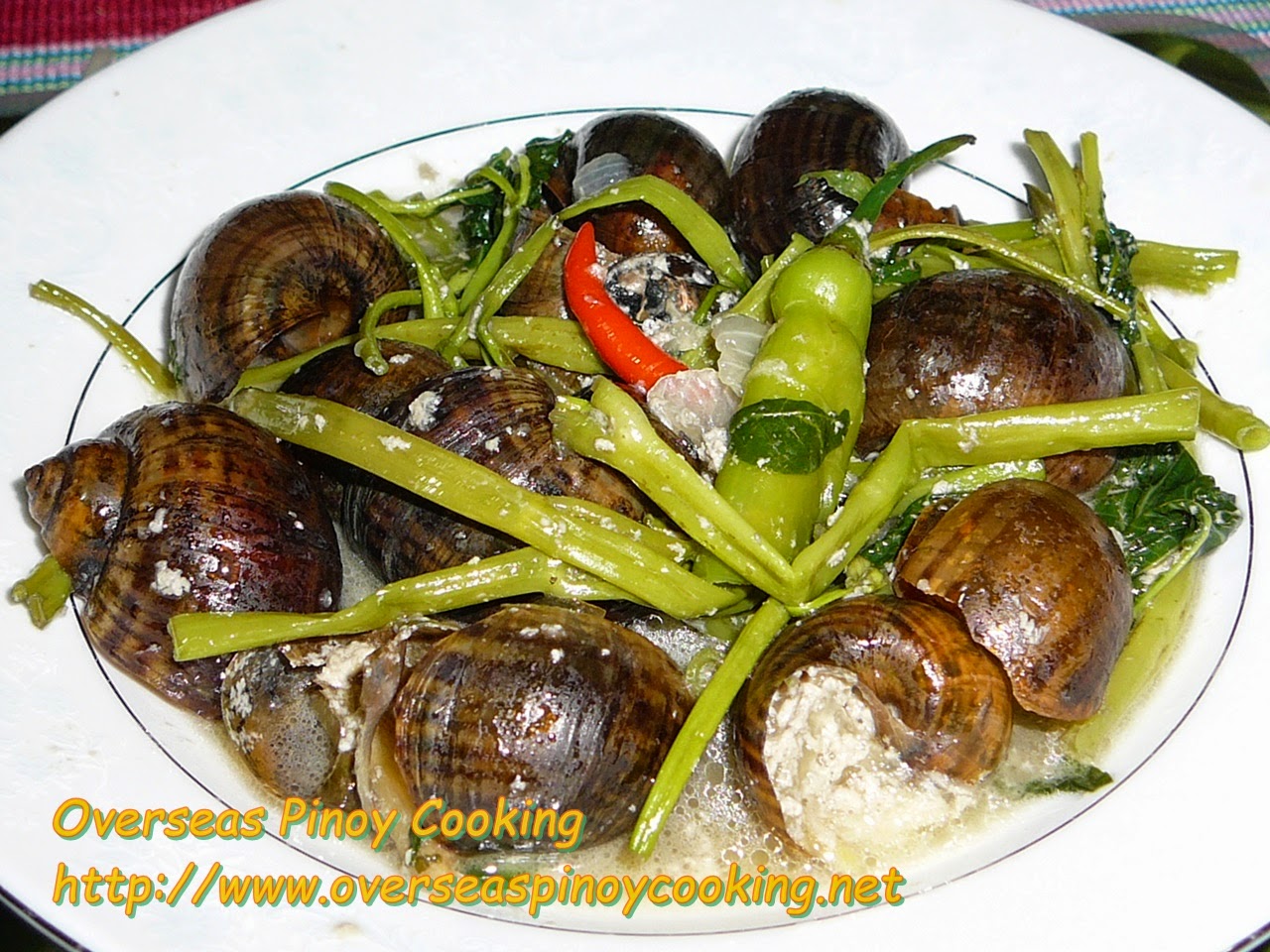 As I have previously mentioned on my first post of Ginataang Kuhol the snails require a thorough cleaning which includes brushing the shells and checking the snail guts as the shell tip are being chopped off, smelly snail indicate that it is dead and should be discarded, if possible the exposed intestines should also be removed, then the snails are finally washed with running water. Cooking is basically similar with my old post of Ginataang Kuhol, only this time instead of using malungay leaves I used kangkong. Here is the recipe of my Ginataang Kuhol with Kangkong. 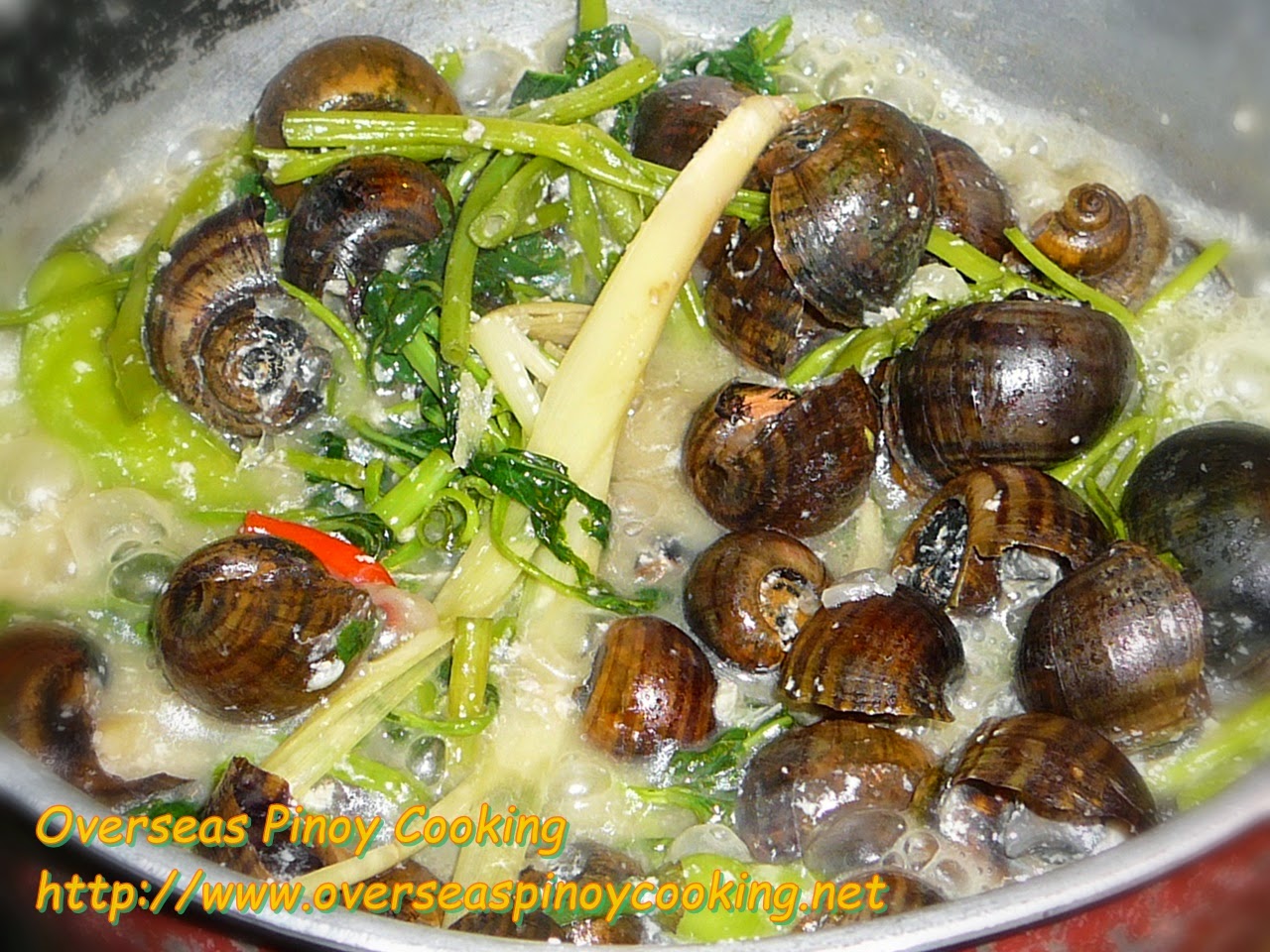 Place snail in a plastic container with lid, cover with water and let sit in for several hours to allow the snails to expel dirt and discard water, change water frequently wash and drain. Cut off tip of each shell about 2 to 3 turns using a big knife, discard broken shells and remove all visible entrails. Wash several times and drain, set aside. In a skillet or wok sauté garlic, ginger and onion. Add in the lemongrass, siling labuyo, 1 cup water and 3 cups of the pure coconut milk, bring to a boil and simmer for 10 to 15 minutes or until liquid has reduced to half, stirring occasionally to prevent from curdling. Add in snails and cook for 10 to 15 minutes. Now add in the remaining coconut milk, long green chili and kangkong, season with salt to taste, cook for another 3 to 5 minutes or until the vegetables are cooked. Serve immediately.
See other Ginataang Shell Seafood recipes: