Ginataang Sugpo at Kalabasa, Prawn and Pumpkin in Coconut Milk 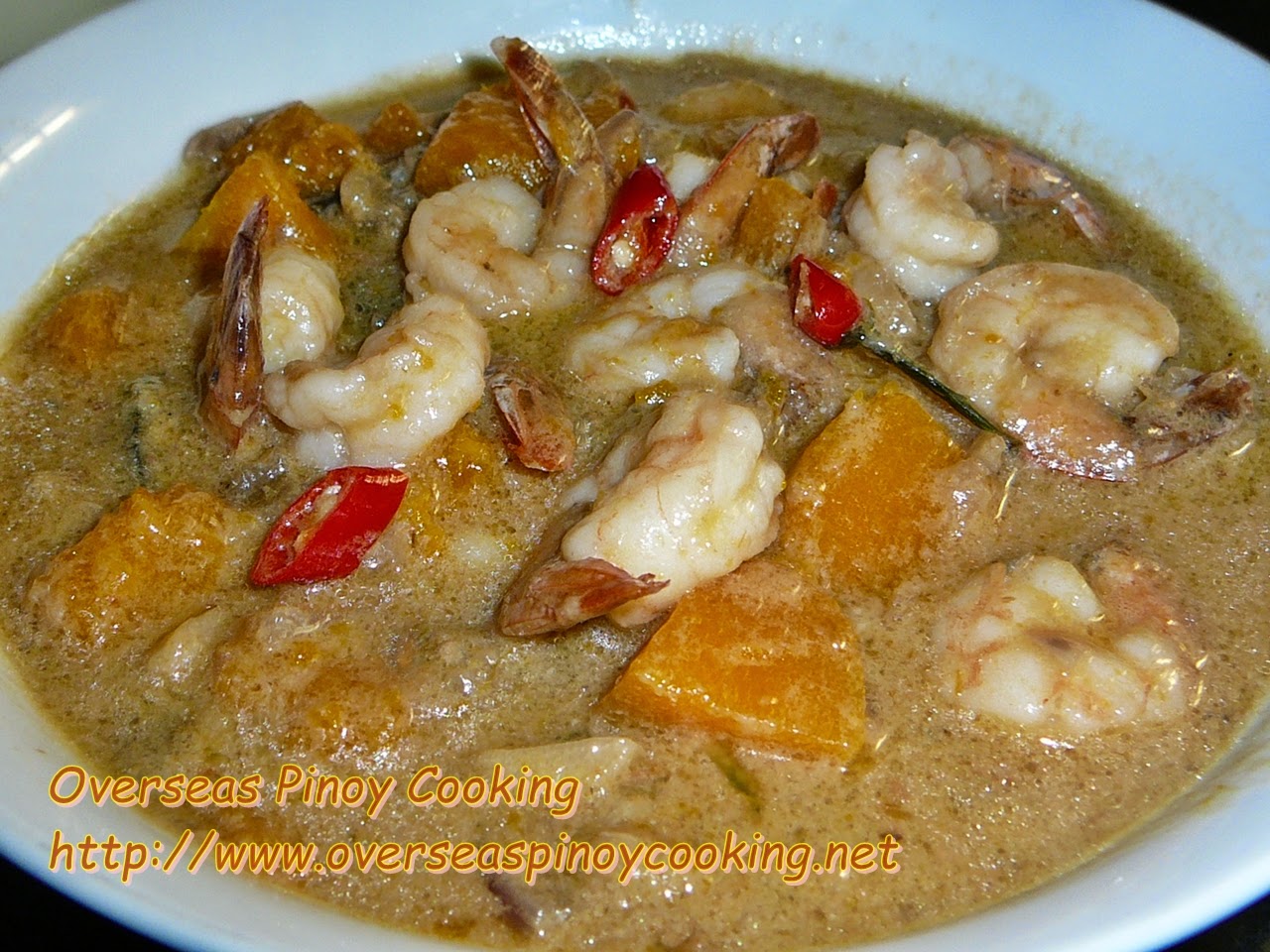 Ginataang Sugpo at Kalabasa, Prawn and Pumpkin in Coconut Milk. Using kalabasa on most of our seafood ginataan dish is not new. Kalabasa adds a creaminess and color to seafood ginataang dish. Today I used kalabasa to my ginataang sugpo the result was great, I did not only created a yummy dish, I did also cooked a colorful and visually appealing ginataang dish. To break the monotone of orange color I have also added some eggplant which is equally great for ginaataang dish. For the coconut milk I used canned coconut cream. 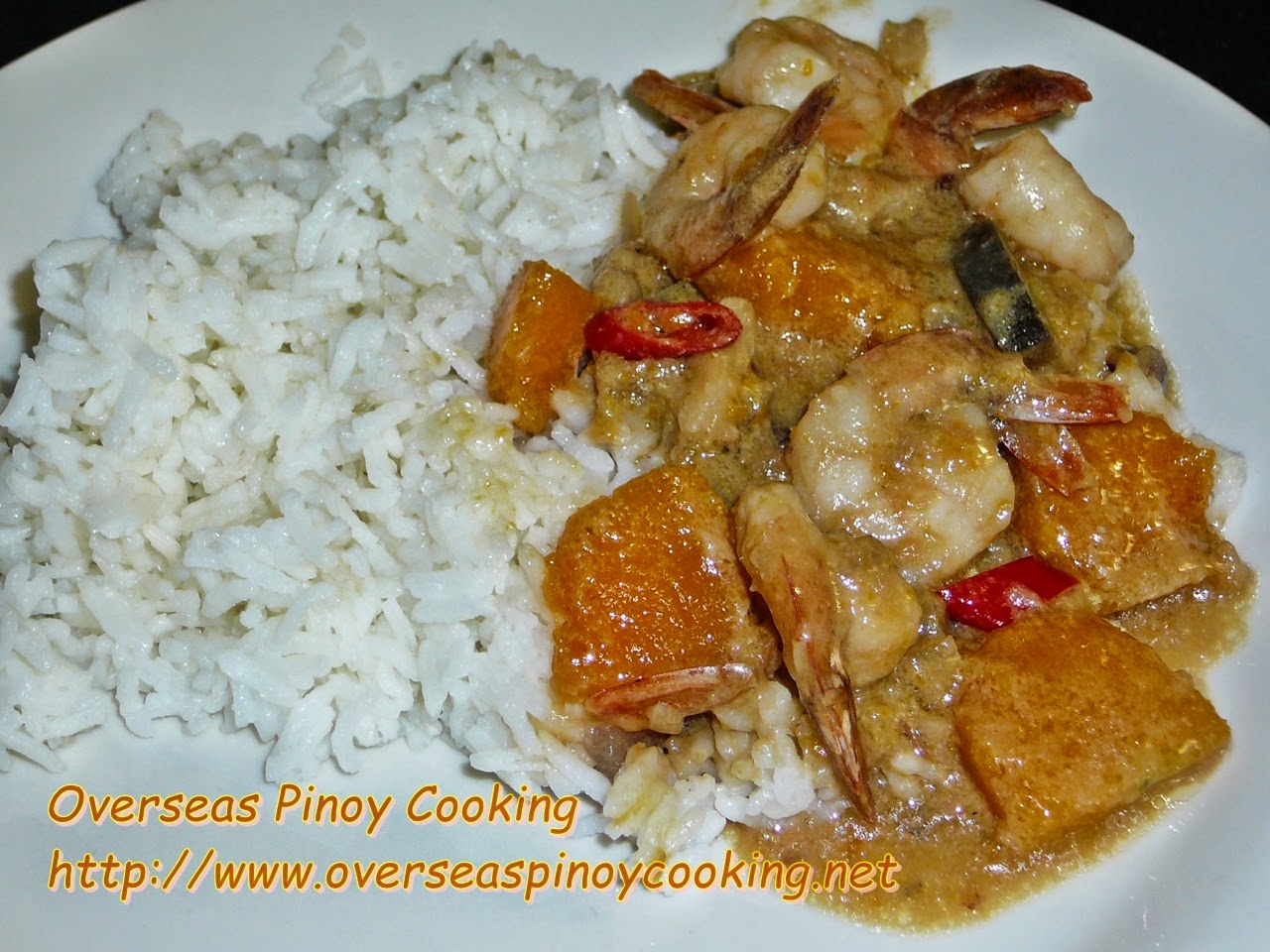 Cooking is straight forward if you have already cooked ginataang dish before this one is fairly easy. Here is the recipe of my Ginataang Sugpo at Kalabasa, Prawn and Pumpkin in Coconut Milk. 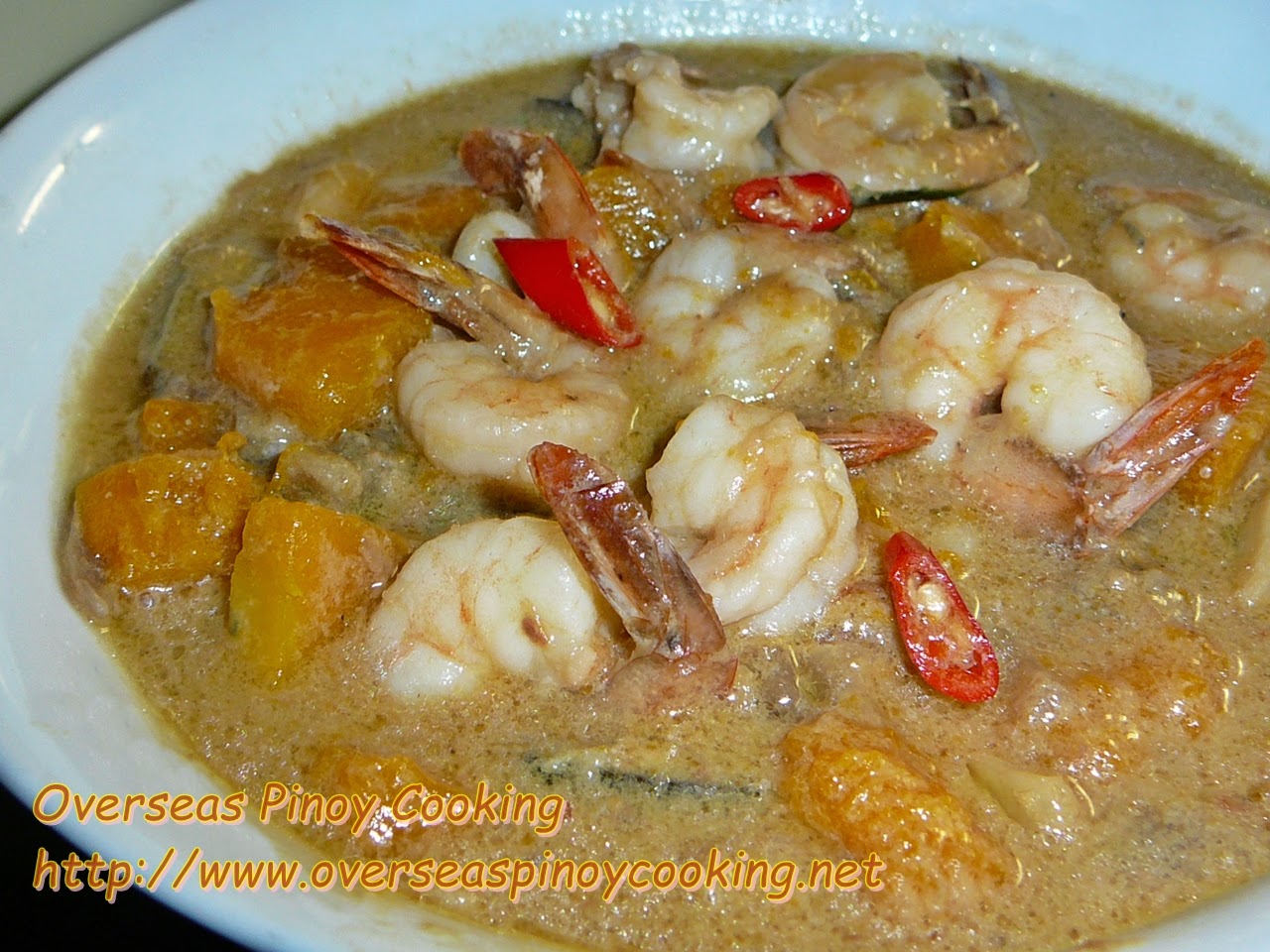 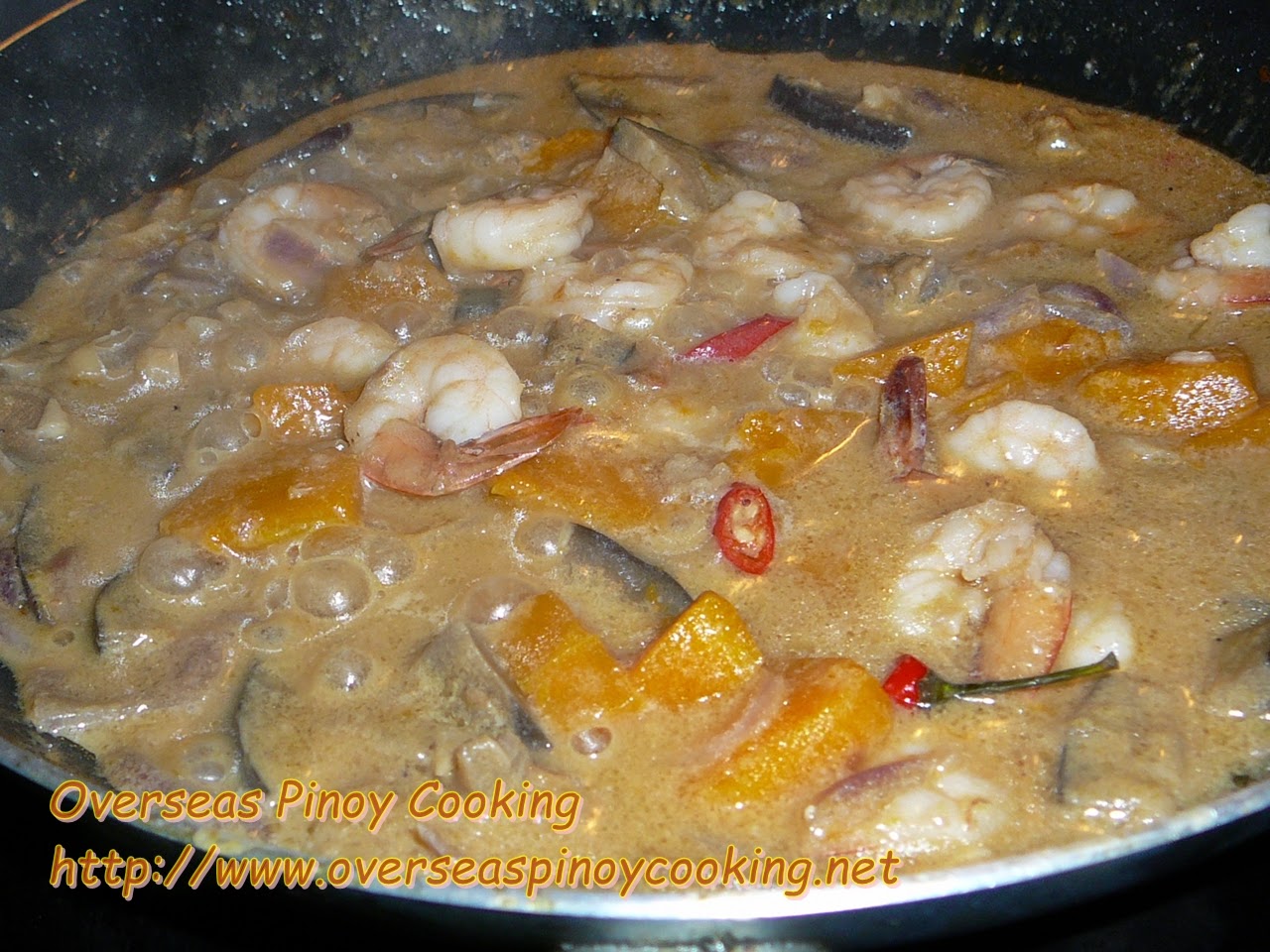