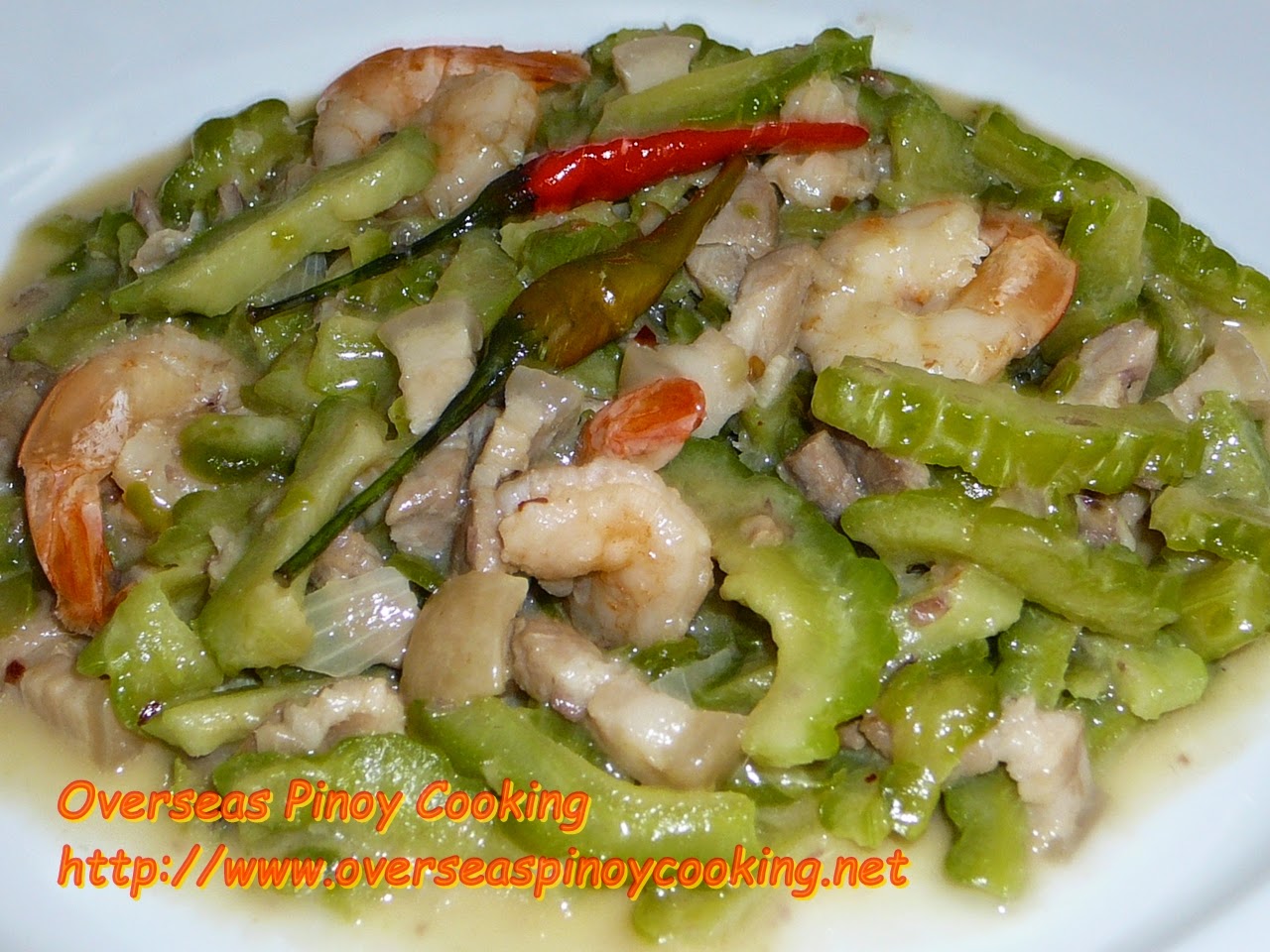 Ginataang Ampalaya. To Bicolanos most likely vegetables are cooked with coconut, even the bitter guard or ampalaya. Today I would like to share how I cooked my Ginataang Ampalaya, one of my favorite Bicolano vegetable dish cooked with coconut milk. For the “sahog” instead usual healthier tinapa, I used pork and some prawns or shrimp. I also added some sautéed salted shrimp krill or “bagoong alamang” to make it pungent to compensate the coconut oily taste and spiciness from the hot chilies. The ampalaya shall be cut in thin slices and should be slightly overcooked to overcome the raw taste of ampalaya. 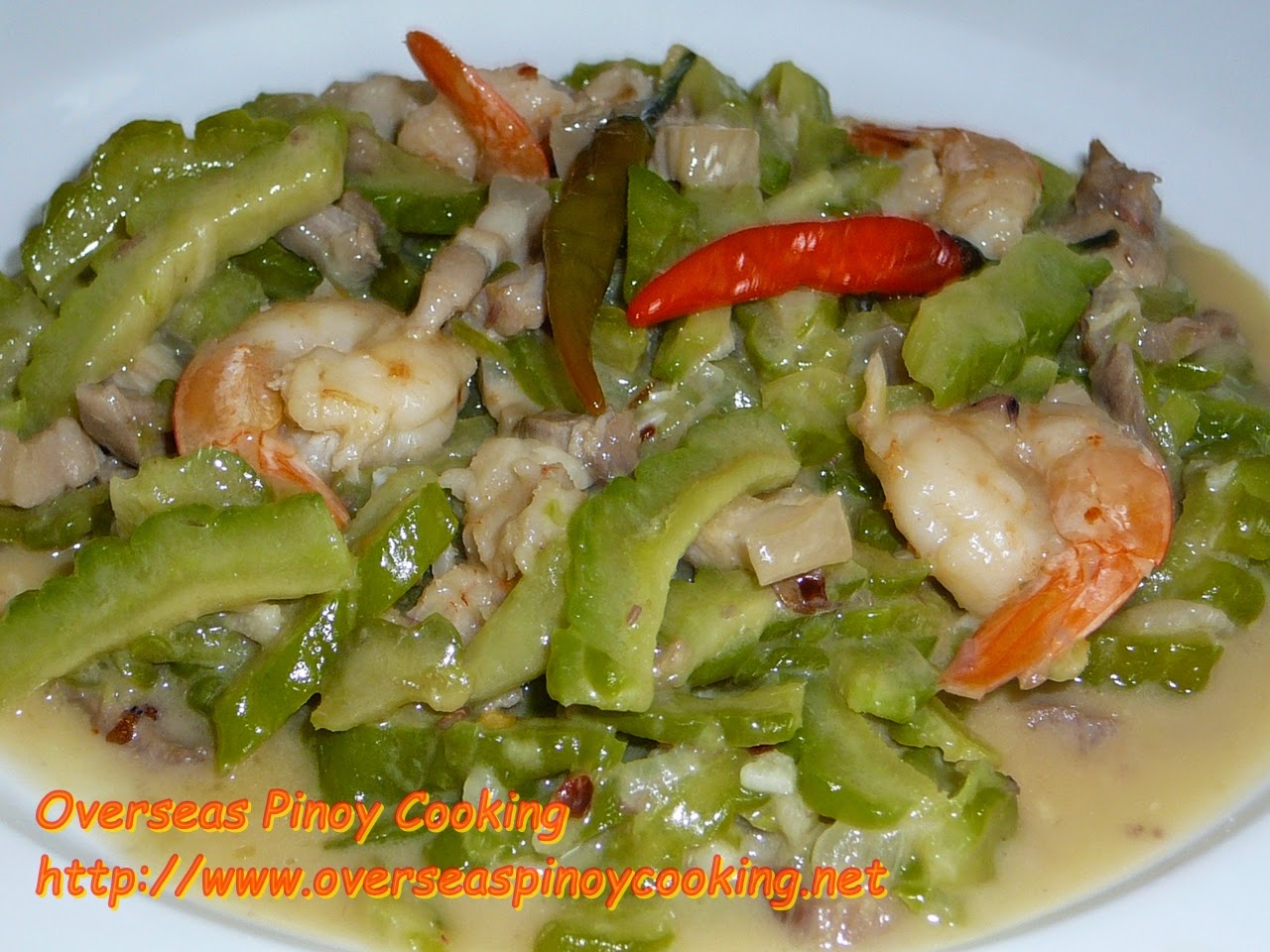 If you are a fan of ampalaya then Ginataang Amplaya is strongly recommended to try, you will surely enjoy love it. 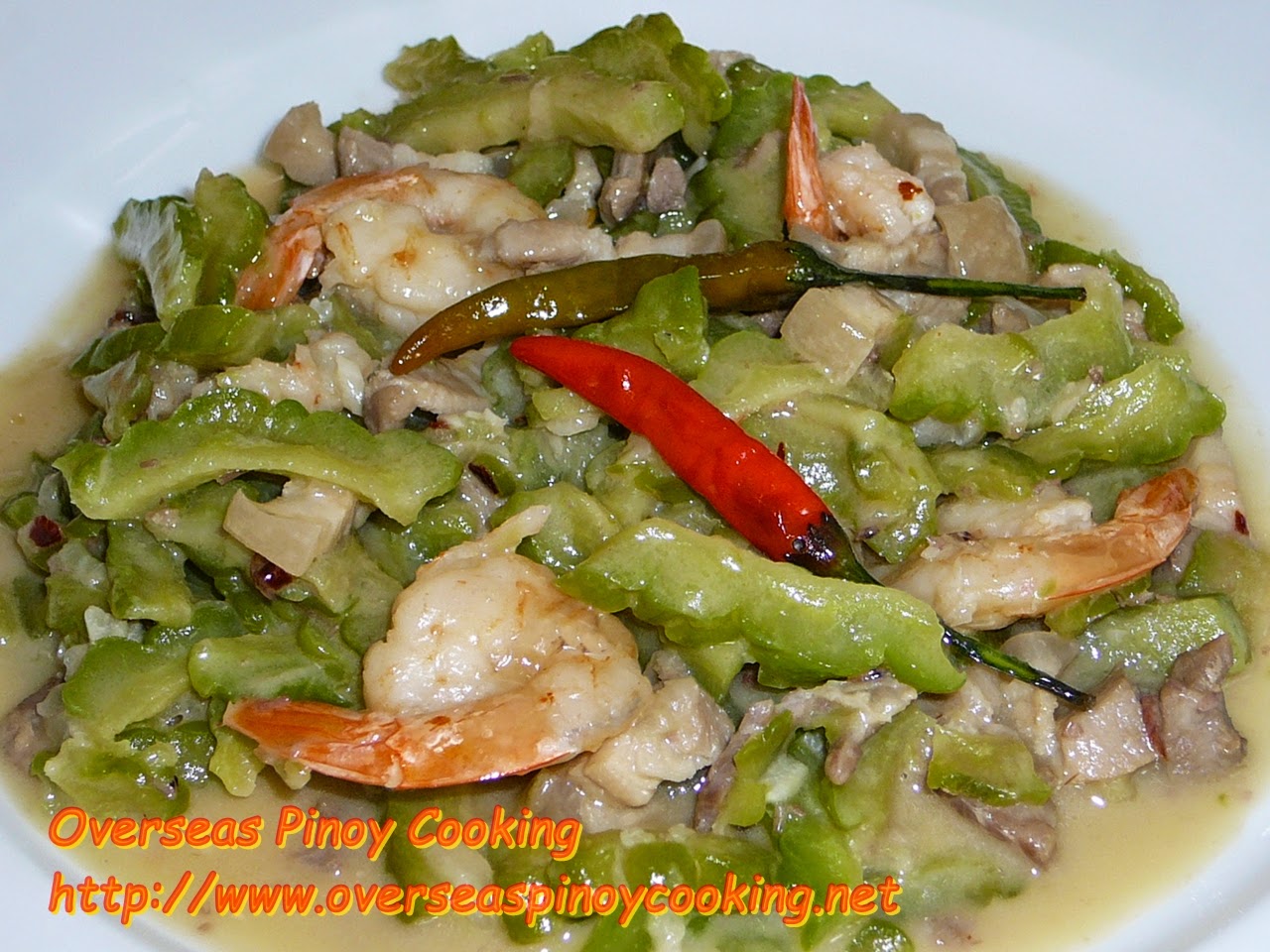 Here is the recipe of my Ginattang Ampalaya. 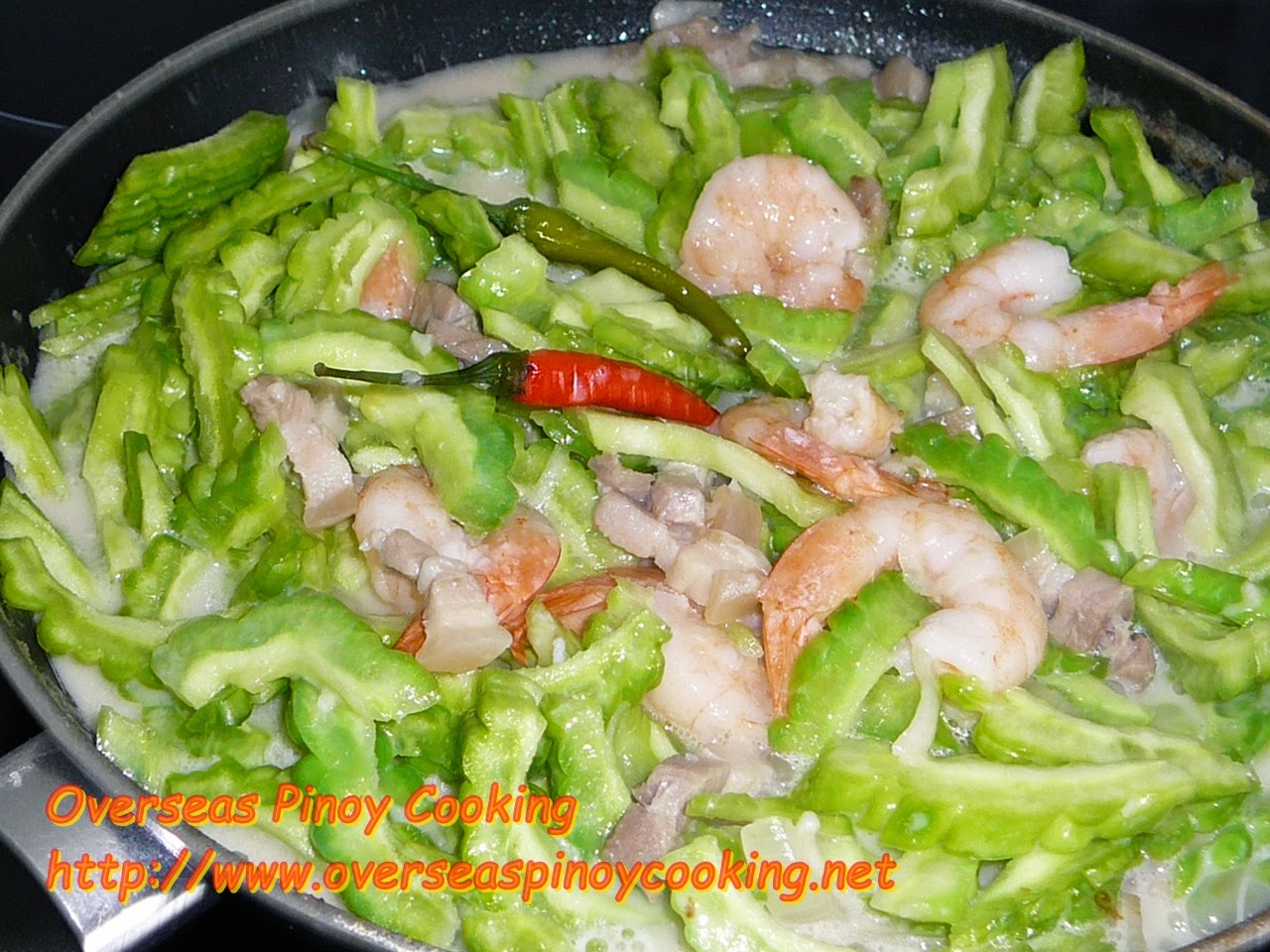 In a wok or large frying pan, heat generous amount of cooking oil, sauté the garlic and onion until fragrant. Stir in the pork and continue to stir cook for 3 to 5 minutes. Add in the chili flakes, chilies, bagoong alamang and fish sauce. Stir cook for another 1 to 2 minutes. Now add in 3/4 of the coconut cream and about 1 1/2 cups of water. Bring to a boil and simmer for 8 to 10 minutes or until the liquid is reduced to about half, stirring occasionally. Add in the shrimp, ampalaya and remaining coconut cream, continue to cook for 10 to 15 minutes or until the ampalaya start to be lumpy, stir once in a while only just to avoid burning at the bottom. Correct saltiness if required. Serve with a lot of rice.