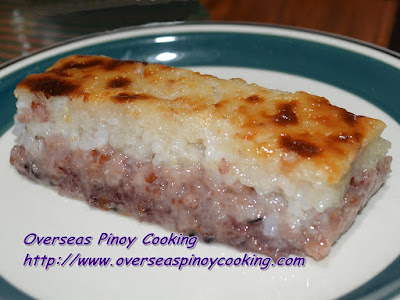 Baked Biko Sapin Sapin Style. Traditionally the Pinoy Christmas, native rice delicacies are the food center piece in the old days, especially in the countryside or in the provinces. Most households would cook their especial cooking method of rice with coconut like the Biko, Suman, Puto, Rice Cake, Bibingka and the lists goes on. 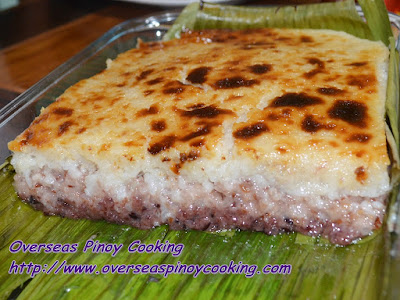 Today being a very especial day I would like to share another innovative way of cooking or presenting the Biko. Baked Biko Sapin Sapin Style is made up of three types of rice, usual white glutinous rice, the red rice and purple rice known as pirurutong. Each type of rice are cooked separately then assembled in layers  similar to Sapi Sapin then baked topped with a milk and coconut. 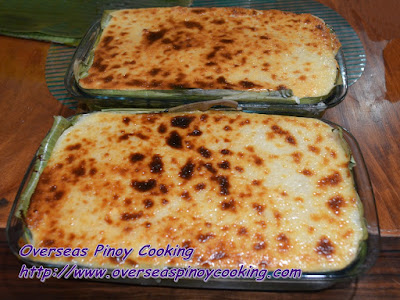 The resultant dish is not only sinfully delicious, it is also very appealing.

Here in the recipe of my innovative Baked Biko Sapin Sapin Style, must try it. 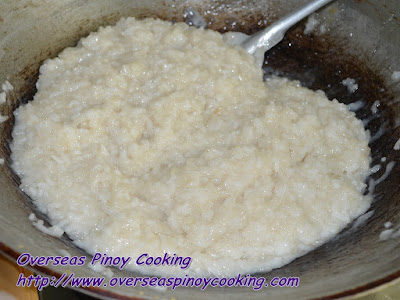 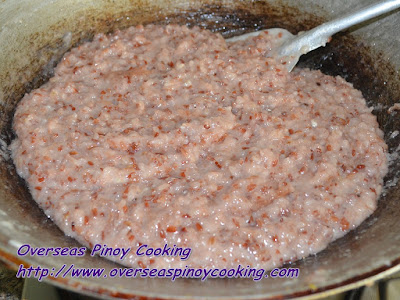 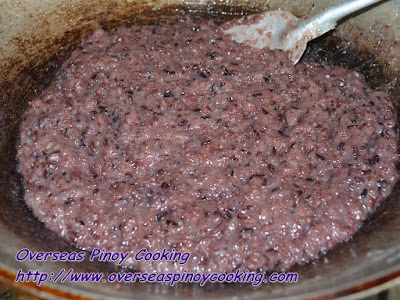 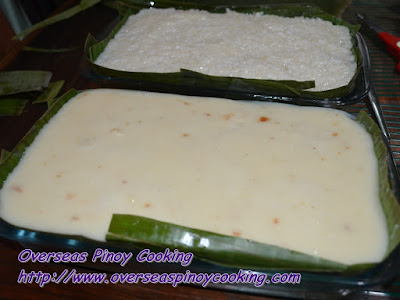 Separately cook the rice of the white biko, red biko and purple biko. Wash the rice mixture, put in a rice cooker, add a pinch of salt, grated ginger and add water as per rice cooker instructions.  Cook until the cook switch has automatically switched off, remove rice cooker from the mains and keep aside.

Cook the coconut sugar syrup for the white biko, red biko and purple biko then divide in 3 parts. In a large wok put 3 to 4 cups of water, 6 cups of coconut milk, white sugar and grated lemon rind. Bring to a boil and simmer at medium heat for 15 to 20 minutes. Keep on stirring until the mixture is reduce to about half. Remove from wok and divide into 3 parts.

Separately cook the white biko, red biko and purple biko. Using the same wok add in 1/3 of the coconut sugar syrup and let it boil. Stir in the cooked biko rice mixture, mix and blend thoroughly, stir cook for another 15 to 20 minutes at medium to low heat until the biko start to render coconut oil, keep aside to cool down.

Line some banana leaf at the bottom and sides of a baking tray, put in the cooked biko and platen in 3 layers, bottom layer the pruple biko, middle layer the red or brown biko and the top layer the white biko. Make sure that there is still space for the milk and coconut toppings, keep aside.

To cook the milk and coconut toppings, in a small sauce pan mix all the topping ingredients until thoroughly blended. Heat the mixture at low heat till it start to boil, while continuously stirring to prevent from burning, keep aside to cool down. 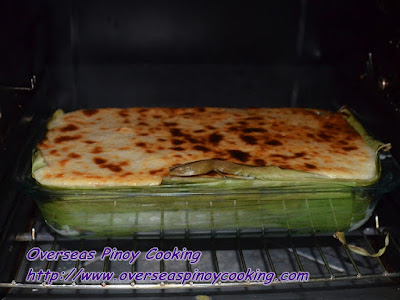 To bake the layered biko, pour the toping over the tray of the layered biko. Place the biko tray in an oven preheated at 175°C and bake for 10 to 15 minutes or until the topping is cooked and has turned to golden brown with some burned spots. Remove from the oven, keep aside to cool down. Best serve cool or chilled.
2015 Celebration's Recipe Biko Noche Buena Pinoy Recipe Rice