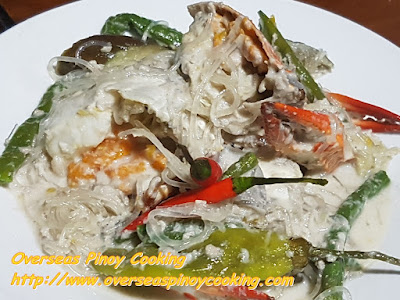 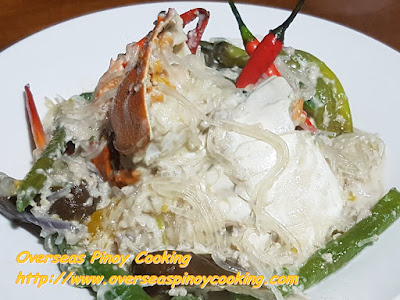 Sothanghon with coconut milk is also not new. Most Ilocanos will have Dried Fish with Sotanghon in Coconut Milk or Ginataang Daing na Isda during the lent. Sotanghong with Coconut Milk are made for each other if you are a fan of noddles and coconut milk.

I am not sure if there are other similar Ginataang Alimasag with Sotanghon recipe out there. If there are please share your story with us. 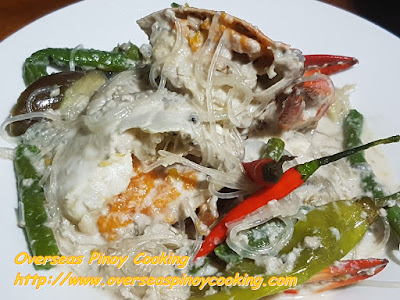 To cook our Ginataang Alimasag with Sotanghon is no different from the usual GinataangAlimasag or Seafood recipe.

Here is the recipe of my Ginataang Alimasag with Sotanghon, why not you try it. 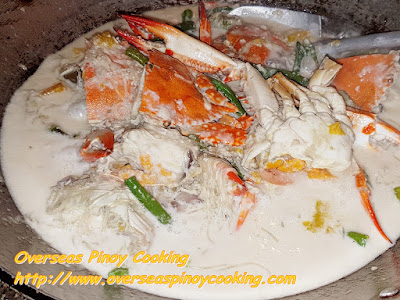 Remove belly flap of each crab wash and drain. Cut each crabs at mid-section in half set aside. In a large pot sauté garlic, ginger and onion until fragrant. Add 2 cups of the pure coconut milk, fish sauce and 1/2 cup of water bring it to a boil and simmer for 2 to 3 minutes, stirring continuously. Add in the vegetables and continue to cook for 3 to 5 minutes. Now add crabs, green chili and continue to cook for 2 to 3 minutes. Add in the soaked sotanghon and the remaining coconut milk. Add more water if necessary. Cook for another 3 to 5 minutes, stirring continuously. Correct saltines if required. Serve hot with a lot of rice.