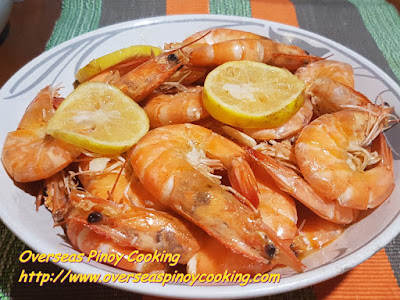 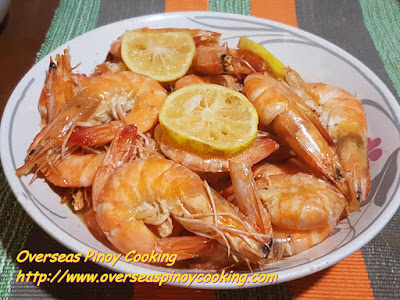 Cooking is basically the same except for the main ingredients as discussed above.

Now if you are still looking for a similar recipe for your shrimps take a look of the recipe of my other version of Halabos. Just click the link list below to check the post from the archives. 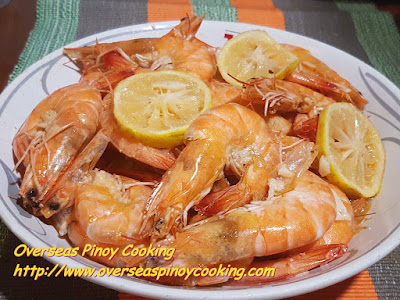 Here is the recipe on my innovative Halabos na Hipon sa Sprite, want to try it? 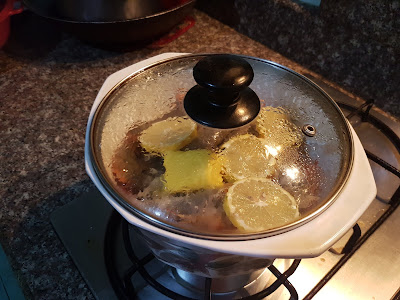 In a wok place the garlic at the bottom, then add in the shrimp, Sprite and the sliced lemon on top, season with salt to taste. Cover the wok and bring to a boil and let simmer for about 2 to 3 minutes. Add in the butter and replace lid, continue to simmer for another 2 to 3 minutes or until the shrimp turns to bright orange. Remove the shrimp and orange from the wok and keep aside leaving the liquid. Now continue to boil the remaining liquid until it is reduced to about half. Return the prawns and stir cook for about a minute. Serve immediately with steam rice and vinegar garlic chili.
Halabos Hipon Pinoy Recipe Seafood Seafood Shrimp and Prawns Steamed