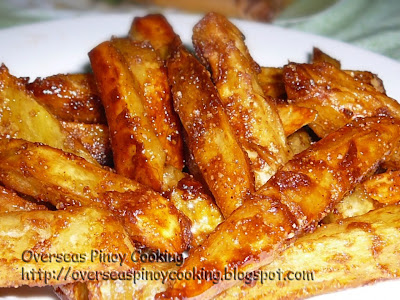 Caramel Kamote Fries Flavored with Cinnamon is something I have been yearning to cook every time I see all those small bottles of cinnamon powder on the pantry. This is an alternative cooking method for kamote-que. 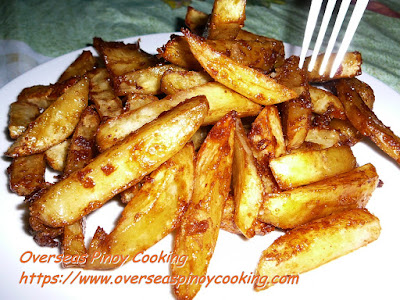 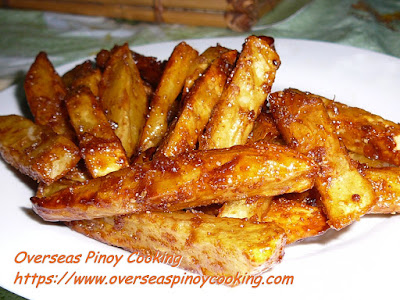 This is also some kind of Pinoy street food but less popular compared to kamote-que, for the obvious reason that it requires additional cooking process. The cinnamon twist for this lowly caramelized fried sweet potato has been elevated into a step higher. Enjoy 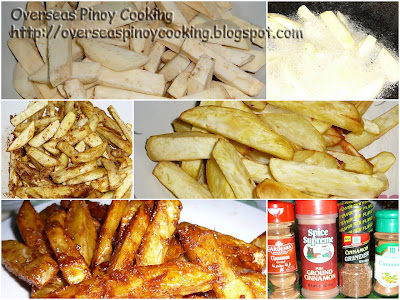 Using a small knife remove skin of each sweet potato and cut into large strips. In a large wok at high flame, heat cooking oil. Deep fry in batches potato for 2 to 3 minutes or until color change to light brown. Remove from wok and place in a large bowl. Toss in brown sugar and the cinnamon until all the sweet potato sticks are evenly coated. Now return to the heated wok and continue to fry and stirring occasionally for 1 to 2 minutes or until sugar has melted and have infused to the sweet potato sticks. Remove sweet potato from wok and drain excess oil. Let cool down and serve.