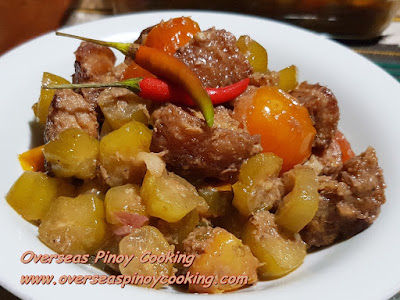 Binagoongan Kamias at Baboy. I have been having a steady supply of kamias lately, rather than letting the sour fruit go to waste I thought I could incorporate it to my Binagoongan Baboy Recipe that did become a hit to my fellow OFW. Sourly and salty have always been a complimentary flavour to most Pinoy. It makes everyone salivate just the thought of it. 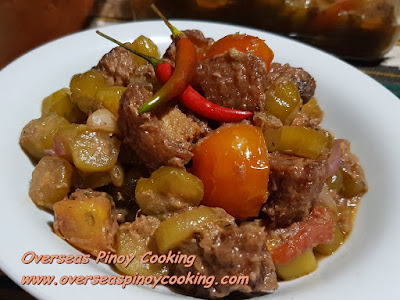 In the Visayas they use Pinakupsan for the pork. Pinakupsan is a Visayan dish made up of pork belly or pork fats cut up in small cubes stir fried until it renders its fats. 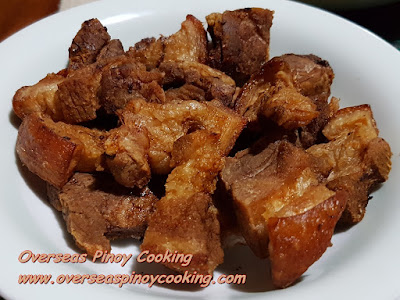 How would you like a soft sourly kamias and salty bagoong alamang infused with some crispy pork as a side dish of your favourite Pinoy Food.

To make my Binagoongan Kamias at Baboy is fairly easy we just use unsweetened bottled bagoong alamang it should as I said easy, except for the tedious preparation of the fried pork or pinakupsan.

Here is the recipe of my version of Binagoongan Kamias at Baboy, enjoy. 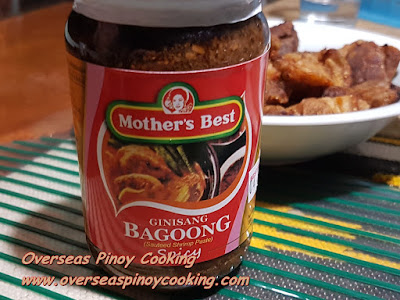 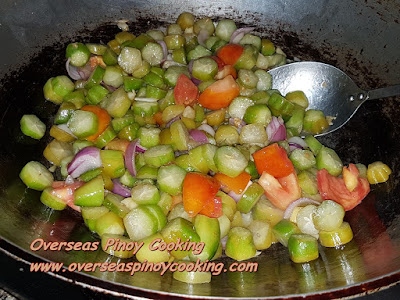 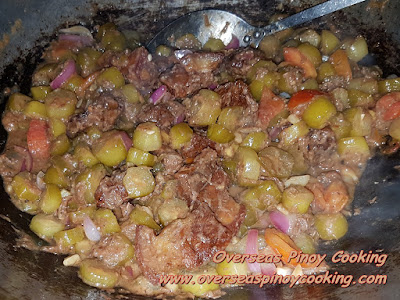 In a wok, stir-fry the garlic until color starts to change into light brown. Add in the onions and tomatoes and continue to stir-fry for a few minutes until soft and wilted. Add in the kamias and stir-fry for a few seconds. Then add in the fried pork, red chili and bagoong alamang cook for another 2 to 3 minutes stirring occasionally until done. Serve hot with a lot of rice or as a side dish.
Try our other Binagoongan recipes;