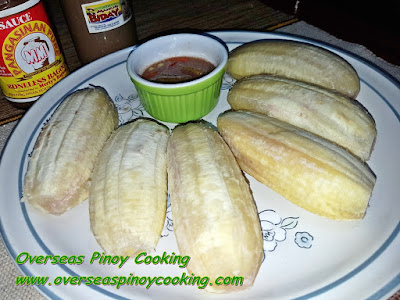 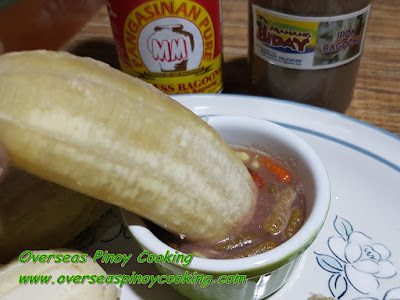 Nilagang  saging na saba at Bagoong is served as “meryenda”,  snack food while on outing at the beach and favourite “pulutan”  by a lot of Bisaya drinker. 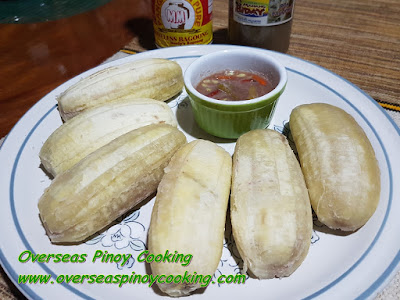 Of course cooking is straight forward and dead easy. Just trim each of the bananas, and boil them. I would suggest that the after boiling drain the boiling liquid from boiling pan, then return the boiling pan lid and let the boiled bananas rest for 10 to 15 minutes.

Boiling the plantain  banana. In a medium sized boiling pan arrange the plantain banana. Pour in water just enough to cover the banana. Bing to a boil and simmer for 25 to 35 minutes. Drain the liquid from boiling. Now return the lid of the boiling pan and let it rest for 5 to 10 minutes before serving.

To serve. Remove the fill of each banana, dip the boiled banana at each bite
Fruit Merienda Nilaga Pinoy Recipe