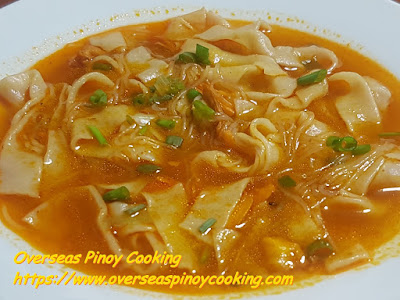 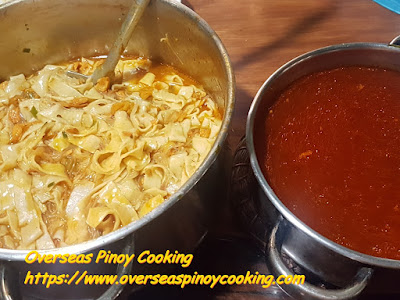 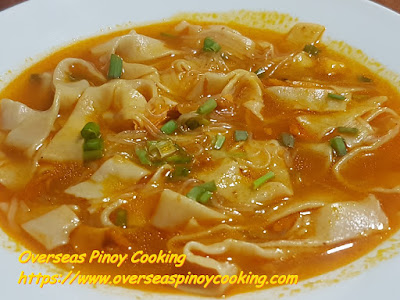 Today I would like to share that turnaround method that I have seen, should you are planning to cook your Vigan Miki Soup or any other similar pasta or noodles soup dish in advance for an occasion like on your noche buena dinner. Cooking is still the same except for the extra ingredients to compensate for the required additional red soup.

With this recipe I have used the extra flat dried miki noodles instead the on the more readily available thin miki noodles. Traditionally the Vigan Miki noodles are flat and are handmade, and air dried.

Here is the recipe of my Vigan Miki Soup, plus Red Soup. 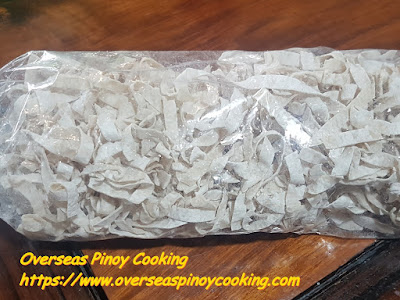 For pre boiling the chicken and pork: 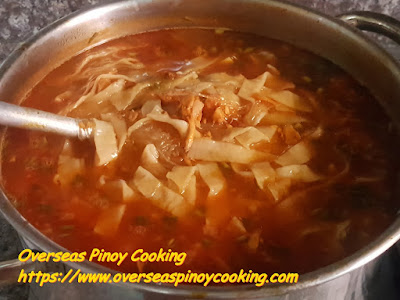 Now add in the dried Vigan miki noodles on the remaining broth and simmer for 30 to 45 minutes or until soft and tender. Add more water as necessary. Add in the sotanghon noodles and cook for another 3 to 5 minutes. Season with salt and pepper. Garnish with spring onion. Serve immediately. Add more of the Red Soup if serve at a later time or if the broth is absorbed by the noodles.
Miki Noche Buena Noodle Pinoy Recipe Sotanghon Soup Vigan