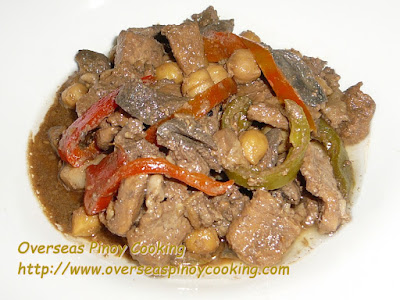 Igado the Day After. I grew up with Igado. In fact Igado was one of our original post here at OPC when we were starting, that was sometime in 2007. That original Igado recipe, was how I remembered my grandmother made or cooked our Igado. That Igado post and Igado photo was so popular for the reason that it was one of the only few, I think it was the only Igado recipe and Igado photo that were in the net at that time. I did also spend a lot of time going after “copy paste” bloggers who have been stealing both the Igado post and the igado photo as if it was their own. 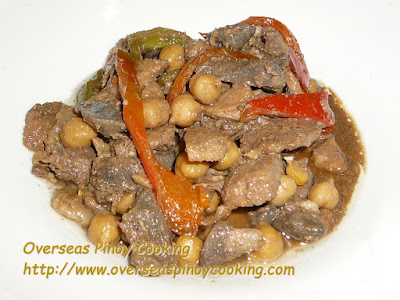 Base on that successful Igado recipe post, I was inspired to make a chicken and a beef version, the Chicken Igado and Beef Igado. Both also became popular.

So what is this Igado, the Day After? As I mentioned at the start of this post, I grew up with Igado. When I was a kid I was not really excited with a newly cooked Igado, the runny hot oils on the steaming Igado was not at all appetizing for me. But when the Igado was served a day or several days after, straight from the cooked food cupboard it was yum. Yes you are right it is not refrigerated, we do not have a refrigerator at that time. The Igado would be serve at room temperature, just placed over a hot rice and all those yummy thick oily sauce will just be flowing over the rice, that was a treat, Igado is a special dish in our household when I was a kid.
See other Igado recipes; Igado with Pineapple and MushroomIgado with Isaw Igado with Olives Beef Igado Chicken Igado Dinaldalem, Pork Liver in Vinegar and Soy Sauce Igado 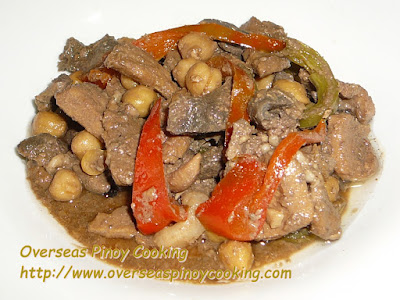 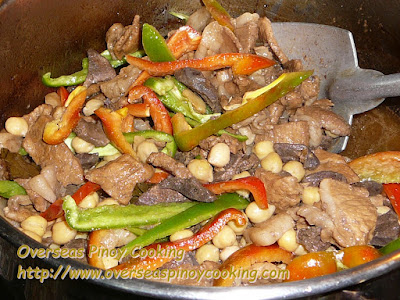 In a sauce pan, sauté garlic and onions until fragrant. Add in the pork, soy sauce and stir cook until for 1 to 1/2 minutes. Add in the vinegar, lower heat and cook uncovered for 3 to 5 minutes. Add about 3 cups of water, the peppercorns and the bay leaf, bring to a boil and simmer for 15 to 20 minutes or until the pork is tender. Then add in the liver and cook for another 5 to 10 minutes or until the liquid is reduced to an oily sauce and almost dry. Season with salt and sugar to taste. Add in the chick peas and bell pepper cook for another minute. When done keep in a room temperature, best serve on the next day for the flavors to develop, Reheat to warm touch only when serve.
Igado Pinoy Pork Pork Igado Recipe