Igado with Pineapple and Mushroom 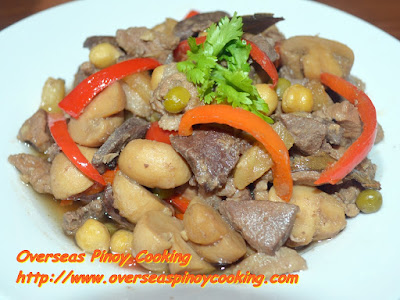 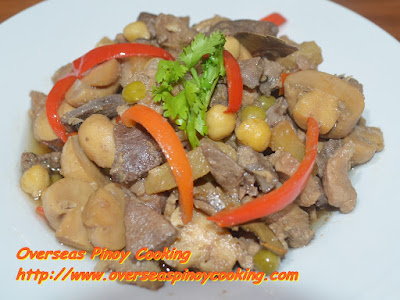 The pineapple and mushroom added extra layer of flavors to the already rich in flavor Igado. I am not writing any Igado write-ups on this Igado with Pineapple and Mushroom post.

Pork Igado Traditional Version, Classic Ilocano Igado
Chicken Igado, Ilocano Igado recipe
Below is the recipe of my must try Igado with Pineapple and Mushroom. 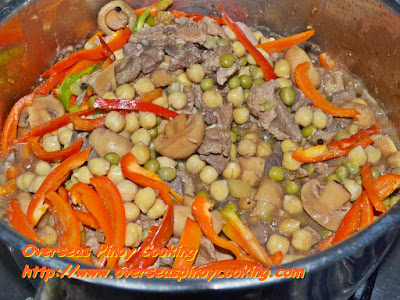 In a sauce pan, sauté garlic and onions until fragrant. Add in the pork, soy sauce and stir cook until for 1 to 1/2 minutes. Add in the vinegar, pineapple syrup, lower heat and cook uncovered for 3 to 5 minutes. Add about 2 cups of water, the peppercorns and the bay leaf, bring to a boil and simmer for 20 to 30 minutes or until the pork is tender. Then add in the liver, the mushroom and cook for another 5 to 10 minutes or until the liquid is reduced to an oily sauce and almost dry. Season with salt and sugar to taste. Add in the chick peas, green peas and bell pepper cook for another minute. Serve with a lot of rice.
Igado Pinoy Pork Pork Igado Recipe