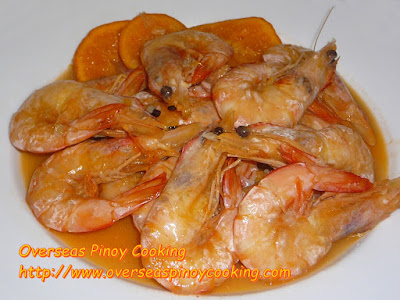 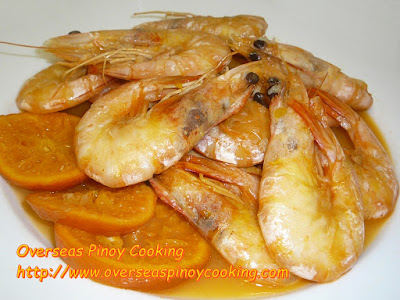 Before I go further if you are not convinced and want to stick with the traditional cooking method of halabos, well just click in the links below to see our other Halabos recipes from the archives.

Of course the resultant dish was great, the only differed to the traditional Halabos na Hipon is the added orange zing. 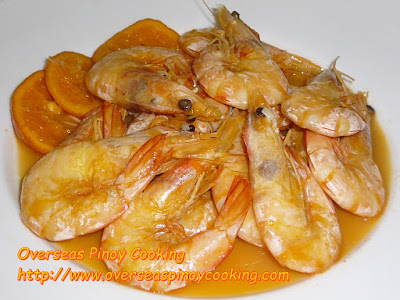 Here is the recipe on my innovative Halabos na Hipon sa Royal Tru-orange, want to try it? 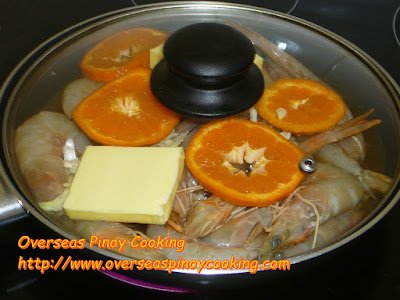 In a wok place the garlic at the bottom, then add in the shrimp, Royal Tru-Orange and the sliced orange on top, season with salt to taste. Cover the wok and bring to a boil and let simmer for about 2 to 3 minutes. Add in the butter and replace lid, continue to simmer for another 2 to 3 minutes or until the shrimp turns to bright orange. Remove the shrimp and orange from the wok and keep aside leaving the liquid. Now continue to boil the remaining liquid until it is reduced to about half. Return the prawns and stir cook for about a minute. Serve immediately with steam rice and vinegar garlic chili.
See other Halabos recipes