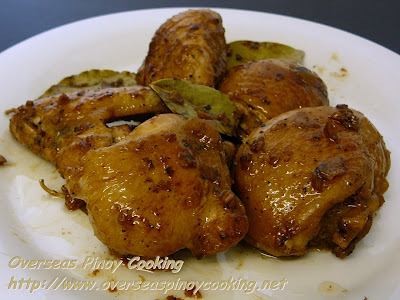 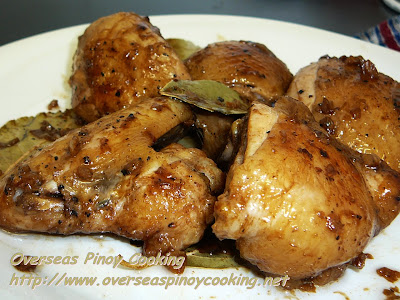 I was fascinated by his cooking method of chicken adobo which involves frying the chicken first before adding the soy sauce, vinegar and other aromatic ingredients. Below is the segment where Chef Ricky Ocampo shares in details how to cook his grandmother's chicken adobo.

Today I tried to replicate Chef Ricky Ocampo’s Food Safari’s chicken adobo. First of all I would strongly recommend using only the freshest chicken that you can buy. The aroma of the adobo cooking in our kitchen was very evident I tough even our neighbours would have smelled it. The chicken adobo was indeed taste good as claimed. The only negative comment is the final product was very oily because of the generous amount of oil during frying and the oil that rendered from the chicken skin and fats during frying. I would suggest reducing the amount of oil used in frying and if one is really a health buff use skinned chicken. Here is the recipe of my adaptation of Chicken Adobo, Food Safari Chef Ricky Ocampo's Recipe, go ahead have a try.

In a large frying pan heat the cooking oil until it start to bubble. 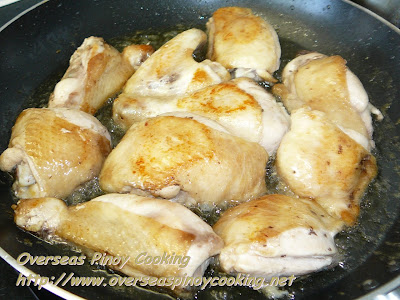 Lightly fry the chicken for 10 to 15 minutes on all sides or until golden brown. 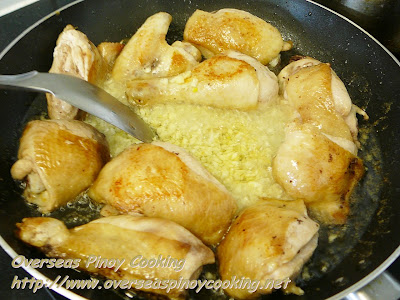 Add in the garlic and continue to fry for 2-3 minutes until the garlic are lightly browned. 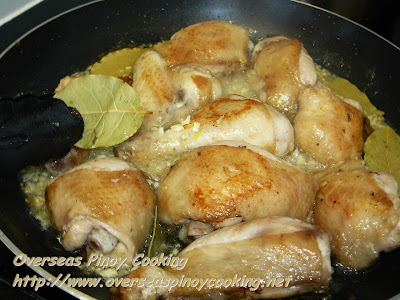 Add the salt, coarsely ground black pepper, bay leaves, and soy sauce, continue to cook for 2 to 3 minutes. Now add in the vinegar, bring to a boil and reduce the heat to moderate to low. 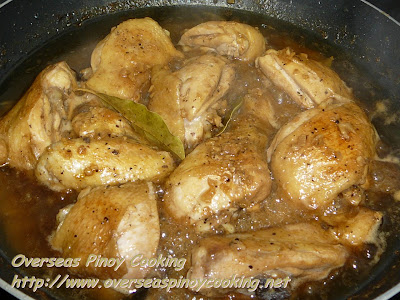