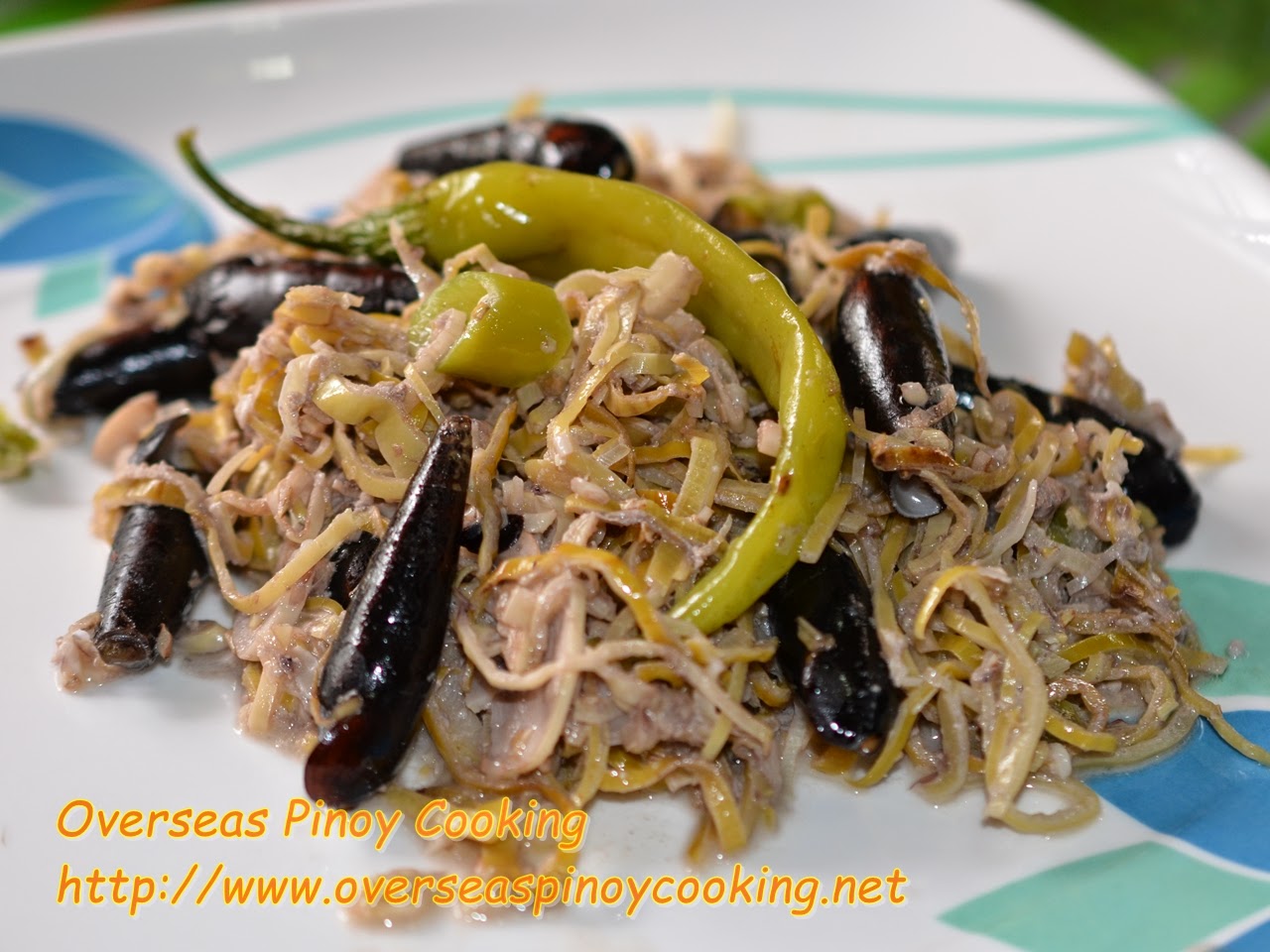 Ginataang Tabagwang at Puso ng Saging. Tabagwang is susong pilipit in Bicol, it is usually cooked ginataang with pako. I cannot find pako instead I used puso ng saging as an alternative vegetable. I do have a similar dish posted sometime back simply called Ginataang Pilipit na Suso. I though the best alternative should have been malungay leaves, but I already have this shredded puso ng saging. Well the pako and malungay version will have to wait for now. 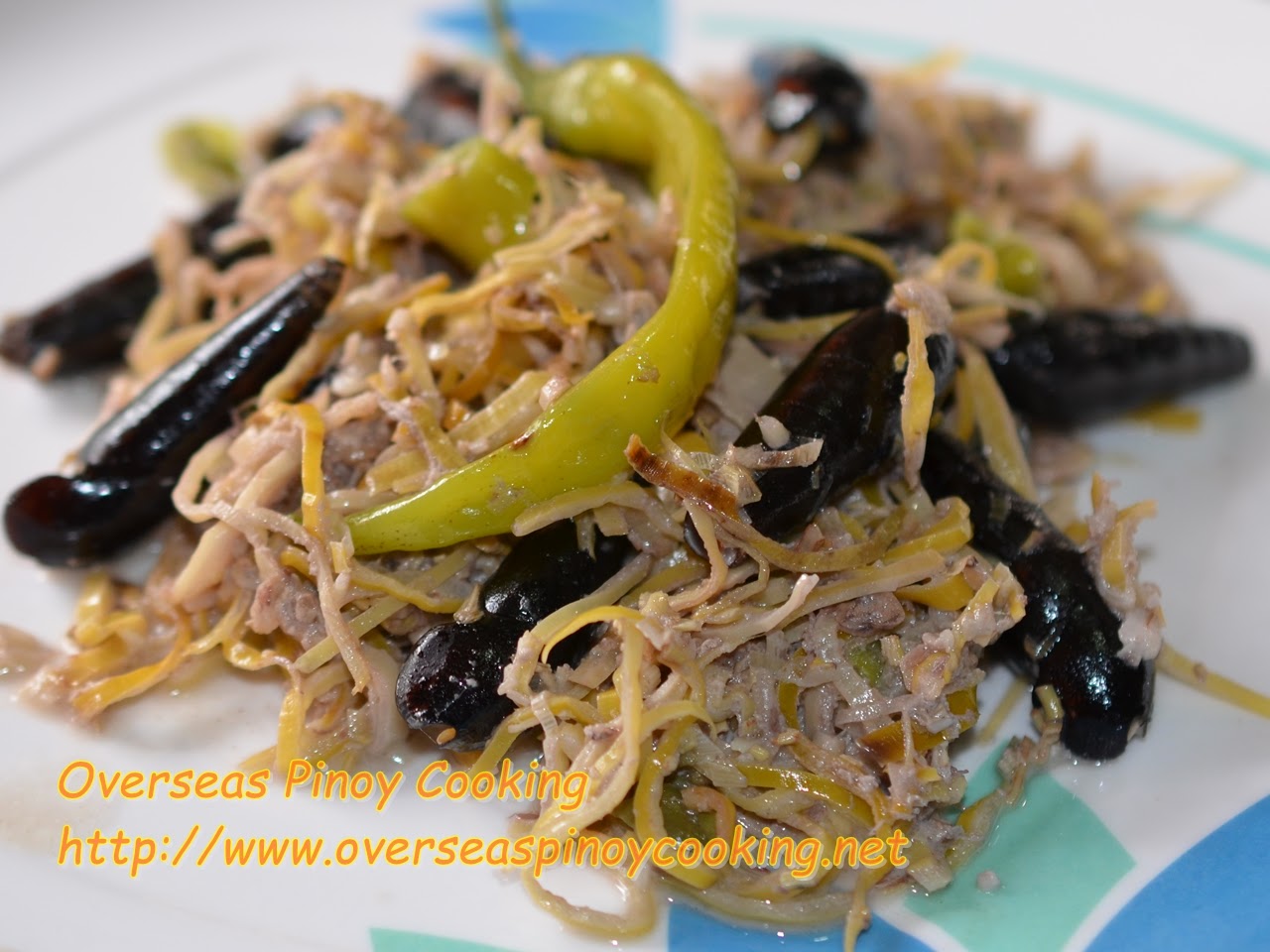 As I have mentioned in my other similar dish post, the snails should be thoroughly cleaned which include keeping the snails in a pail full of fresh water for several hours to allow the snails to expel all the dirt and sand trapped on their shell, this will also allow the snail to expel most of their excrement. The snails also require a thorough cleaning including brushing the shells and checking the snail guts cutting the shell tip, check also for smelly which should be discarded, then with final wash with running water.

Here is the recipe of my Ginataang Tabagwang at Puso ng Saging. 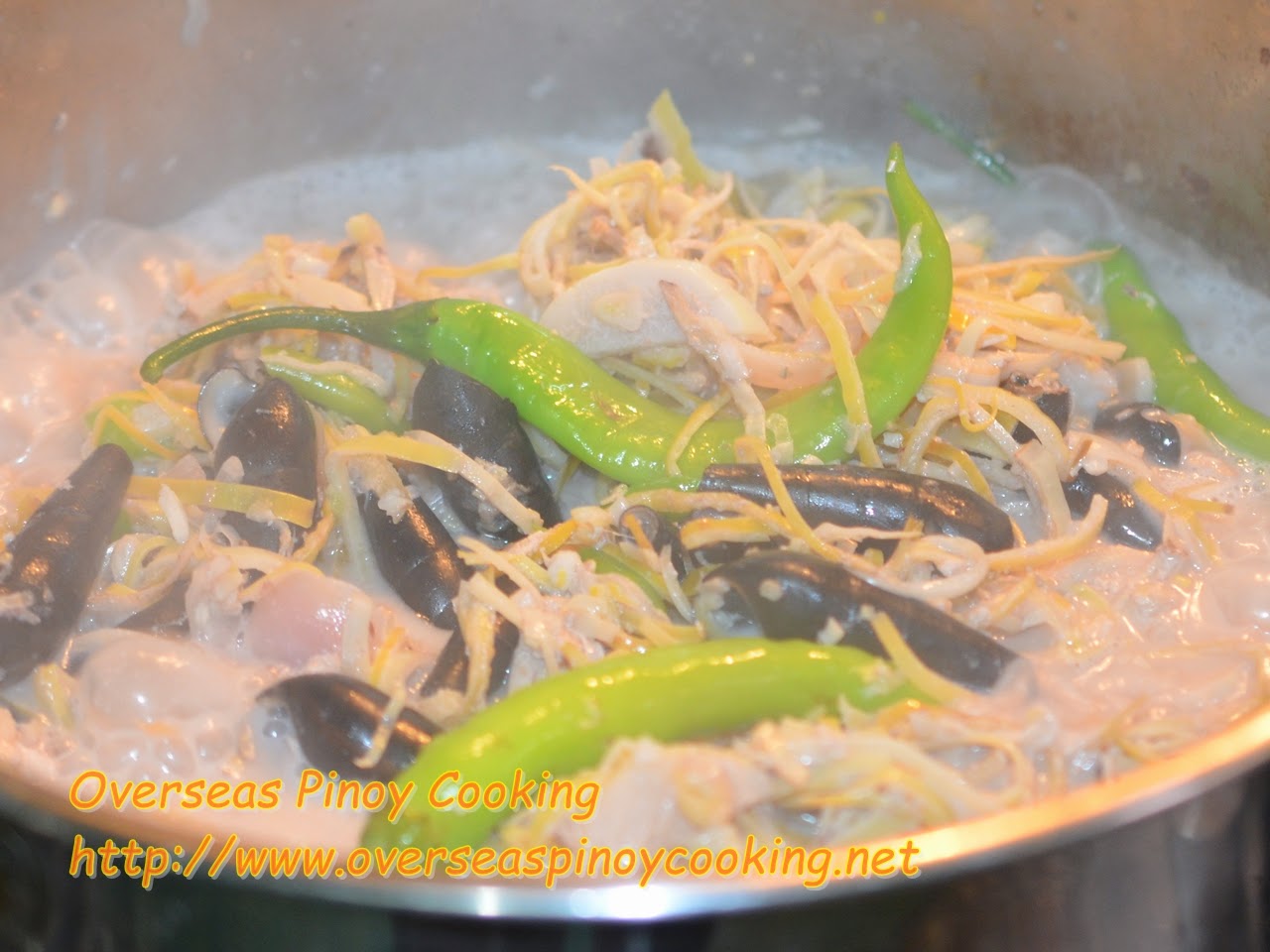 Place snails in a plastic container with lid, cover with water and let sit for several hours to allow the snails to expel dirt and discard water, change water frequently wash and drain. Wash each shell using a kitchen brush or scrub, discard the dead ones. Cut off tip of each shell about 2/3 length using a big knife, discard broken shells and remove all visible entrails. Wash several times and drain, set aside. In a large sauce pan boil enough water then add the snails, boil for about 2 to 3 minutes. When done discard the water used for boiling snails, then rinse with fresh water, keep aside. Using the same pan sauté garlic, ginger and onion then stir in the bagoong alamang, continue to stir cook for about 1 to 2 minutes. Add in the lemongrass, banana blossom, enough water to cover the vegetables and 3 cups of the coconut milk, bring to a boil and simmer for 20 to 30 minutes or until the liquid has reduced to about half. Add in the remaining coconut milk the snails and chilli, cook for another 10 to 15 minutes until the liquid is reduced to almost oily sauce. Season with salt to taste, serve immediately with a lot of rice.