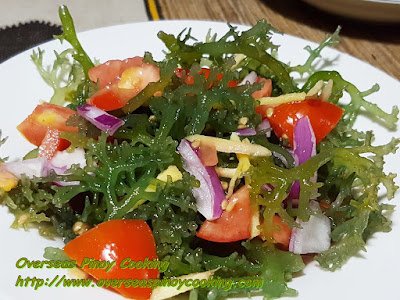 Ensaladang Guso, Kinilaw na Guso. Guso is one of the more popular Pinoy edible seaweeds, the other two are Lato and Pokpoklo. Guso is usually comes in bright green but there are other variety of lesser green to greenish brown or red. It looks like small leafless branch, it is gelatinous but I would say it is crunchy and stiff. 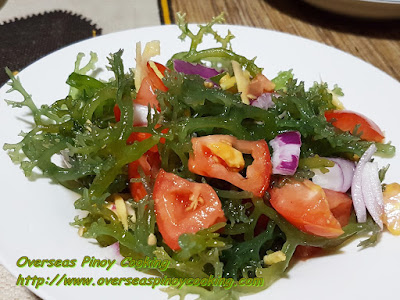 To make my Ensaladang Guso, Kinilaw na Guso, after washing and rinsing the Guso seaweed is blanched in a boiling water for two to three minutes. At his time the color will change to olive green. 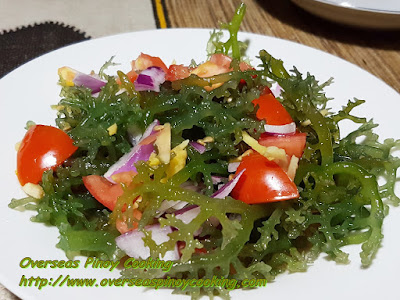 Then a vinegar dressing made up of with strips of ginger, chopped tomatoes, red onions, salt and native vinegar, tuba or cane vinegar is added

Here is how I made my Ensaladang Guso, Kinilaw na Guso. 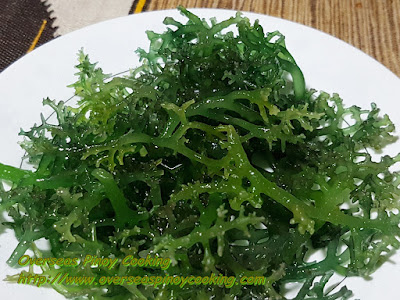 Clean the guso of debris and trim spoiled parts and thick stems, rinse with running water, drain. In a small pan boil 2 to 3 cups of water. Turn off the heat and place the guso in the boiling water. Let the guso blanch for 2 to 3 minutes. 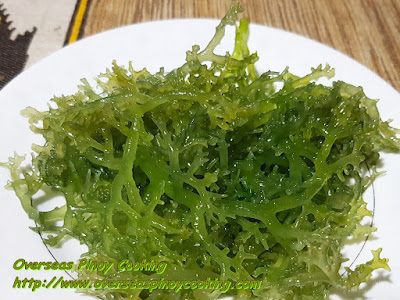