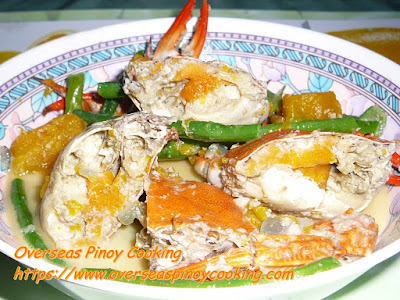 Ginataang Alimasag is one of the of the several ways Filipinos cook crabs. It is cooked with string beans and pumpkins. On my recipe the crabs are steamed first this way the freshness will be preserved and you could always cook your ginataan later on. 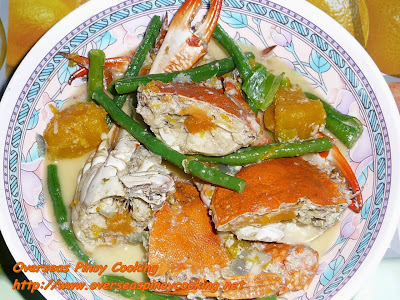 Ginataang Alimasag is eaten with a lot of rice specially if you have prepared it little spicy. It is best eaten with your hands, forget the spoon and fork. Enjoy! 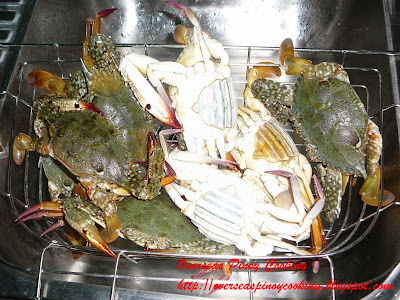 Remive belly flap of each crab wash and drain. Steam crabs for 10 to 15 minutes, cut crabs in half set aside. In a large pot sauté garlic and ginger. Add coconut milk, bring it to a boil. Add in crabs and simmer for 10 to 15 minutes or until the liquid is reduced by half, stirring occasionally. Add vegetables and siling labuyo on top of the crabs, season with salt. Cover the pot and cook for 3 to 5 minutes. Add leeks and cook for another 1 minute. Serve hot.