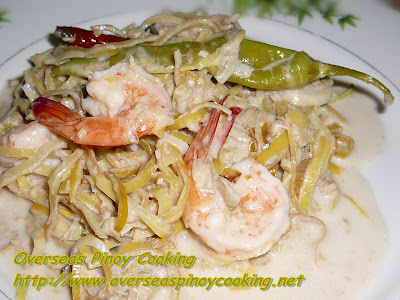 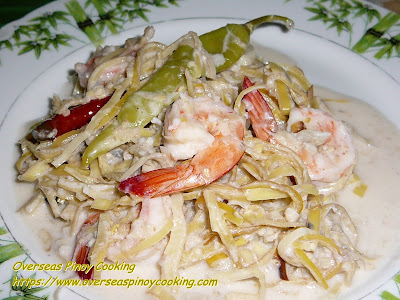 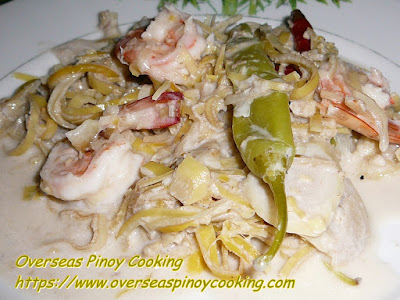 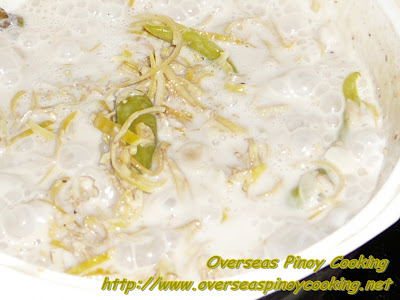 In a sauce pan sauté garlic, ginger and onion until fragrant. Add in 1 1/2 cup of the coconut milk and 1/2 cup of water bring to a boil and simmer, stirring constantly to avoid curdling for 8 to 10 minutes. Add in the sliced banana blossoms, siling labuyo, crushed peppercorns, fish sauce, vinegar and continue to simmer for 10 to 15 minutes or until most of the liquid has evaporated at low to medium heat stirring occasionally. Add in the shrimp, green chili and remaining coconut milk. Cook for another 3 to 5 minutes, correct saltiness if required. Serve with a lot of rice.
See other Ginataang Crabs and Prawns recipes: