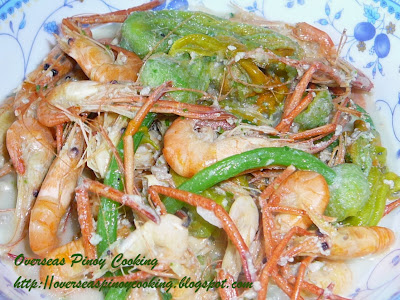 Ginataang Hipon Tabang at Bulaklak ng Kalabasa. Fresh water shrimp and squash flower in coconut milk. This recipe is another one of my original base on ginataang hipon tabang which is one of the favorites of folks from Laguna. These small freshwater shrimp are found in Laguna Lake and adjacent rivers around Laguna and other Tagalog provinces. Squash flowers are now in season, they are also harvested in vegetable farms and gardens along the beaches of Laguna Lake. The combination of orange and yellow colors adds appeal to the already delicious dish. Fresh water shrimp are sweeter compared to the saltwater counterpart. 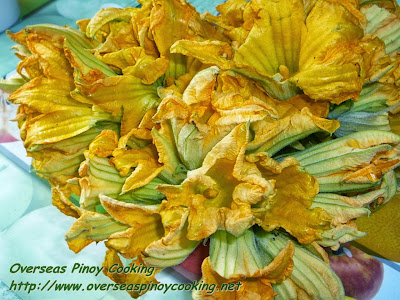 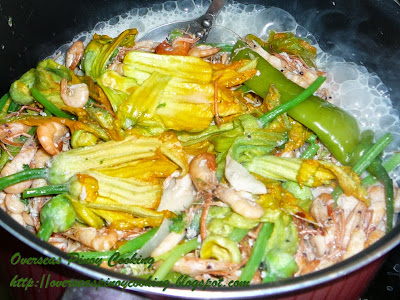