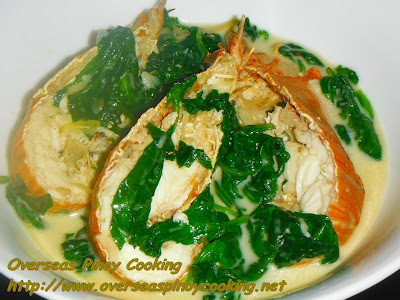 Ginataang Pitik with Spinach, Slipper Lobster in Coconut Milk with Spinach. This is my second version of slipper lobster cooked in coconut milk the Pilipino way. In my previous Ginataan Pitik I used assorted vegetables, for today I used baby spinach. It would have been better if malungay leaves are available in my location here in Australia. How ever I have to innovate and use whatever vegetables that are available. This is not the first time that I used spinach in my ginataan recipes. I have used a lot of spinach in my Ginataan Manok with Spinach. 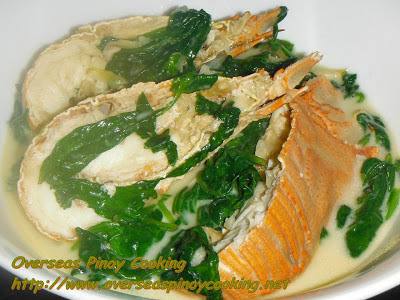 Pitik is how most of us Pinoy call the slipper lobster. Slipper lobster is known as a cheaper alternative to lobster, it is even introduce as a lobster in some eating places or chefs to the not to informed diners. Never the less it is truly a good substitute of the real lobster for most of us who can not afford one. 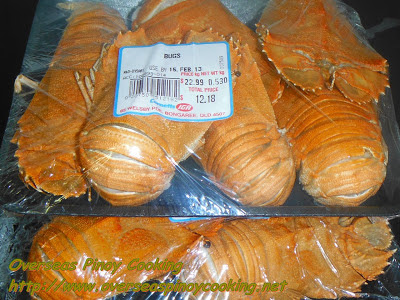 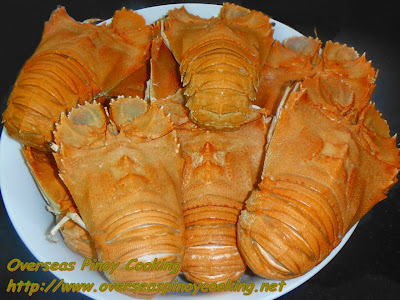 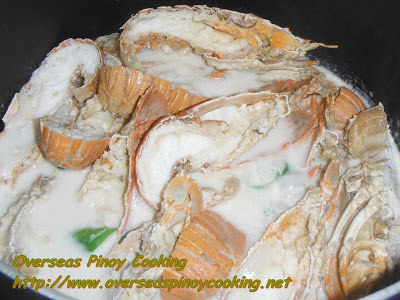 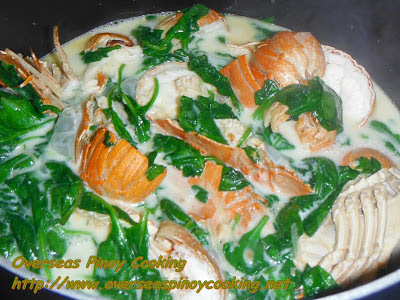 Wash slipper lobsters and drain. Steam slipper lobster for 10 to 15 minutes, cut in half and set aside. In a large pot sauté garlic, ginger and onion. Add the coconut milk, 1/2 cup of water and lemongrass bring it to a boil and simmer for 10 to 15 minutes stirring occasionally or until the liquid is reduced to about 2/3. Add in the green chili, lobster and simmer for 3 to 5 minutes. Add in the spinach and continue to cook for 2 to 3 minutes. Season with salt to taste. Serve with a lot of rice.